Searching for Truth in Ceramic

Kasia Piech’s explorations in ceramics evoke a sense of whimsy and darkness in equal measure. I first encountered her work in an unusual way, through a commissioned series of tap handles she created for a small craft brewery in Sudbury. Although friendly in size and colour, I couldn’t help but think these utilitarian pieces may also have been a depiction of an EVA gone terribly wrong, a hardened-clay lament for Major Tom himself, his body slightly distorted by the vacuum of space.

Further discovery of her work sent me down similar split paths. Animals at Play bring to mind joyous laughter as they roll in the grass with a discarded tire… until you begin to question whether the plaything is actually strangling them the way discarded plastics entangle other animals in real life. Similarly I Love You to Death poses uneasy questions about human nature’s unhealthy addiction to material possessions.

The figures Kasia creates remind us that life is complex, that truth relies on context, and that questioning that context is a way to escape the maelstrom of ambiguity that can often lie on the surface of everyday discourse. Take that, Donald.

“Artists have the ability to comment on the society in which they live. The intent in the work is to play with certain societal themes: religion, morals, ideals, humor, beauty, and the grotesque are a few.

The work that I create is ceramic, which in some cases is visually abject as a result of their surface qualities; the skin or glaze could be viewed as grotesque or cold; I have been using products restricted to North American to create the glazes: sugar, cookies, and candy, for example is used for the skin or glaze; commenting on the sugar addiction that is taking place all around the world. In other cases with the use of transfers on the work, makes the work feel bright and cheerful. I sometimes use found objects, which acts as a catalyst or a starting point for the viewer.

A series of work focused on researching historical religious female figures, a series of women of power in the Roman Catholic Faith the first of which is Salome and the second is Mary Magdalene.

Recently the focus of work is play, the world is shifting again, the new buzz words are mindfulness and self-care. The conversation around one’s gifts and everyone has a gift to contribute to society; through the mindfulness of play one will get closer to the true self and the practice of self-care and hence the discovery of one’s gifts.” 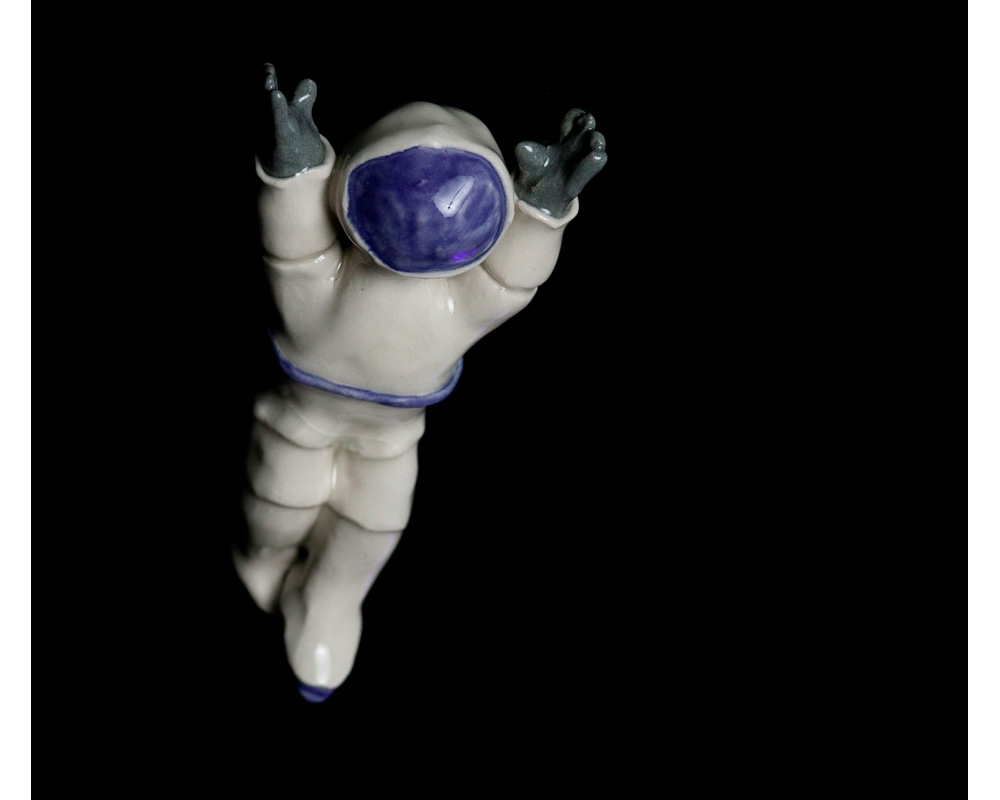 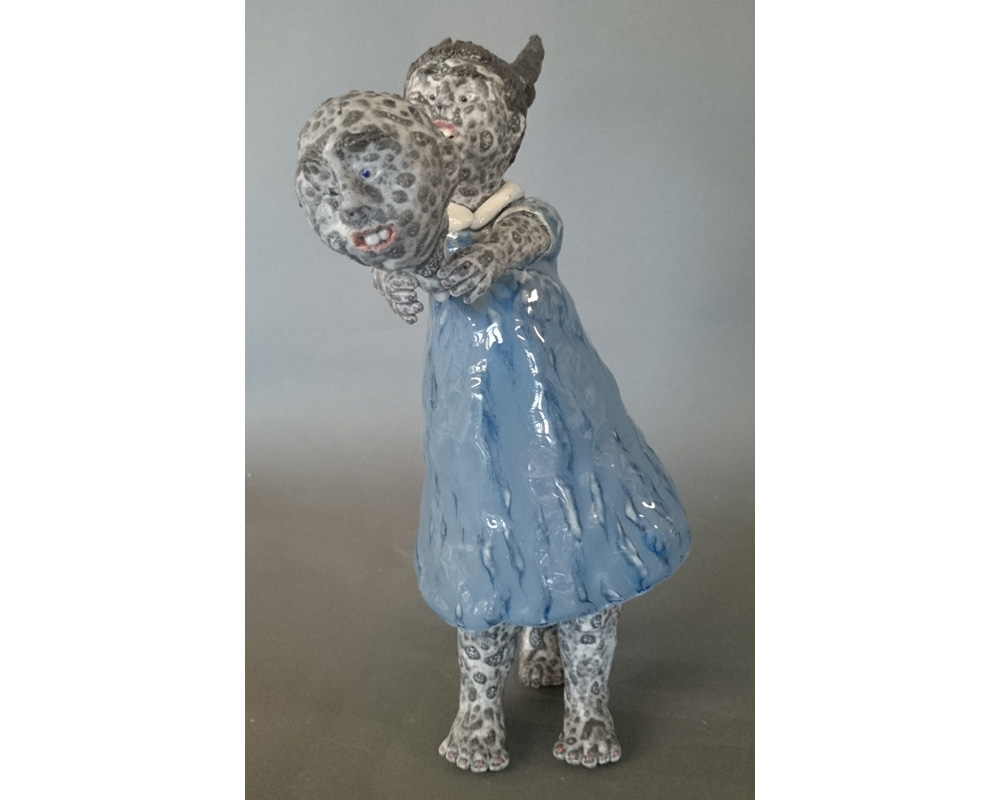 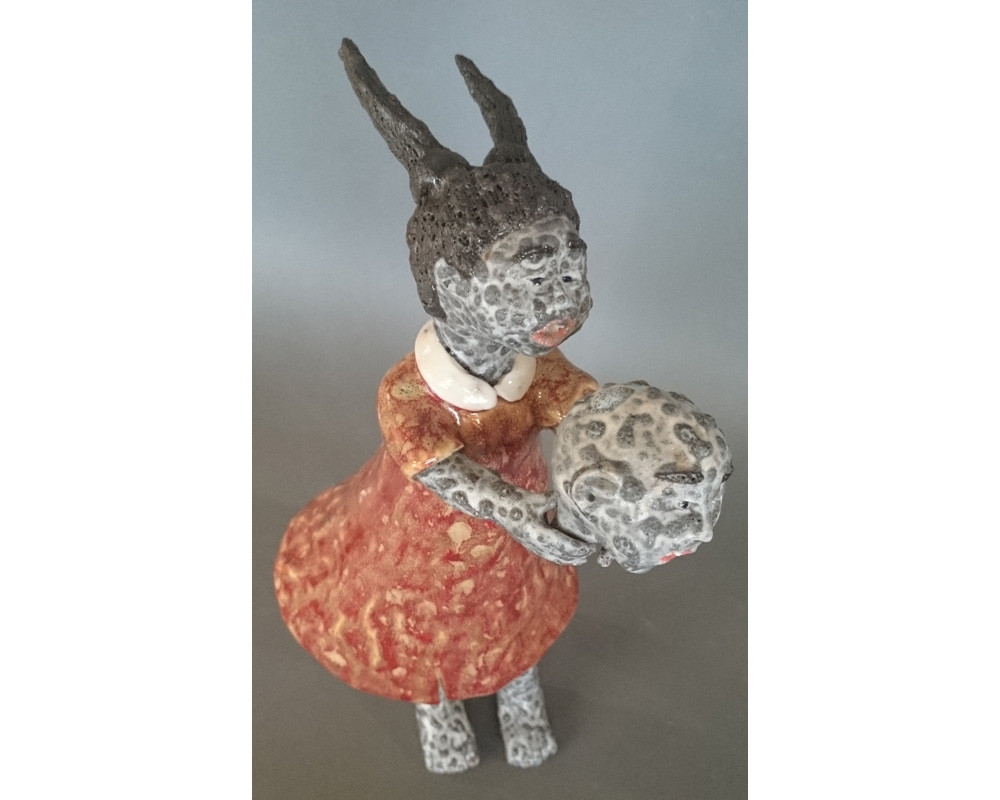 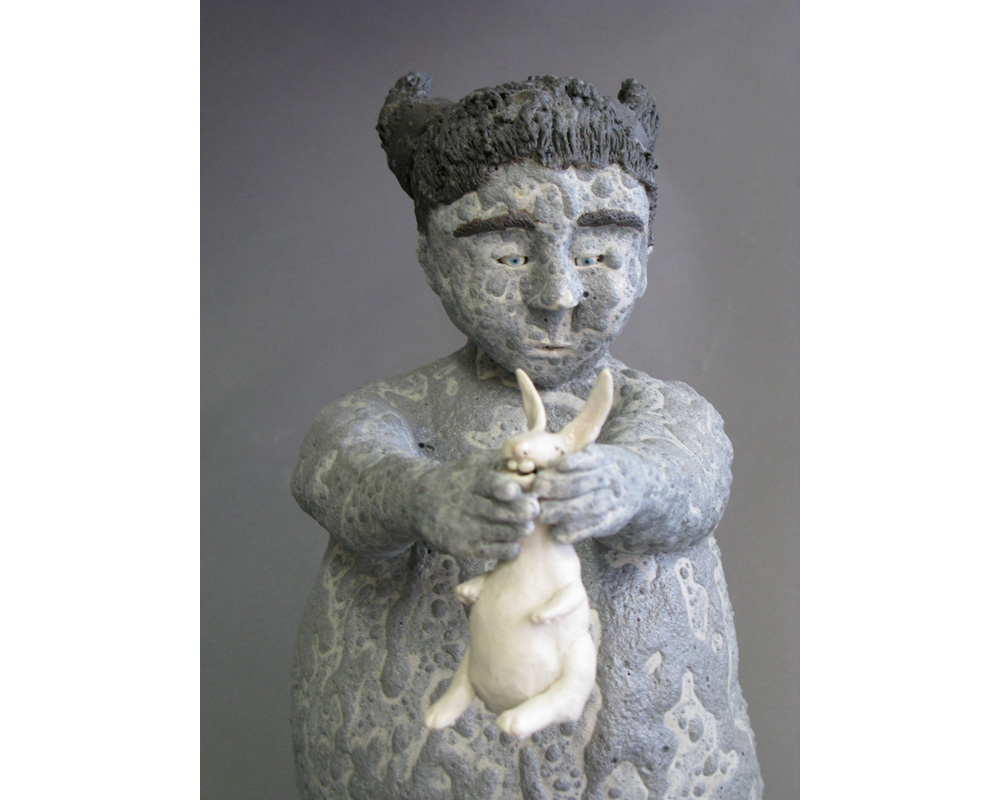 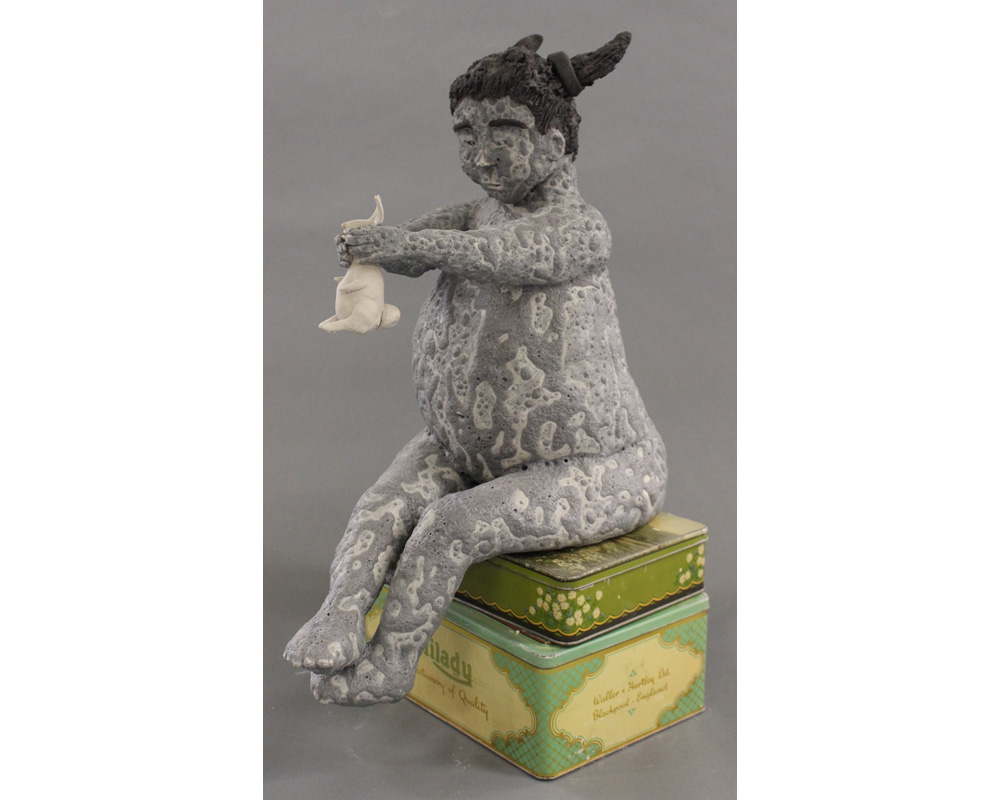 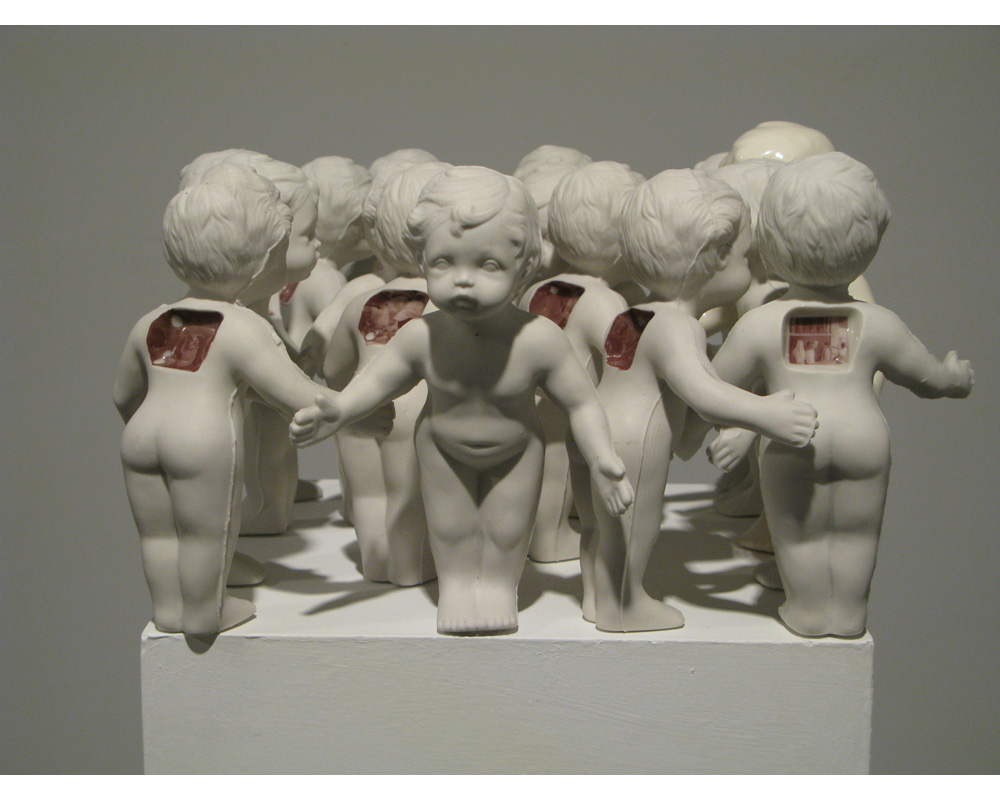 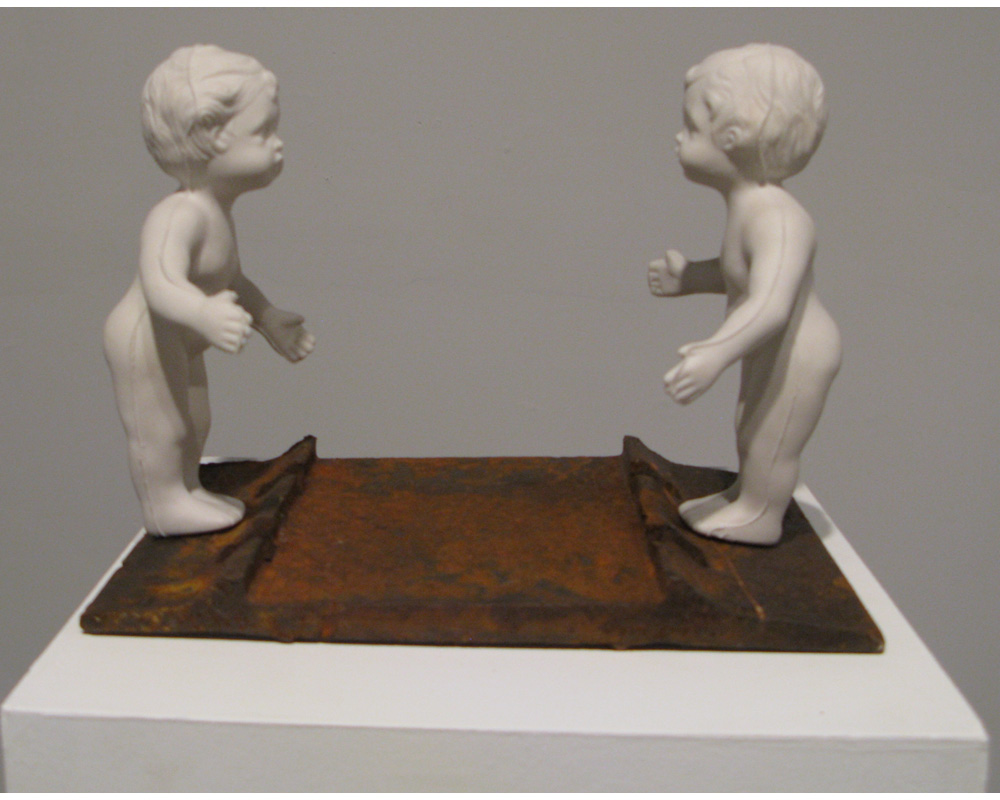 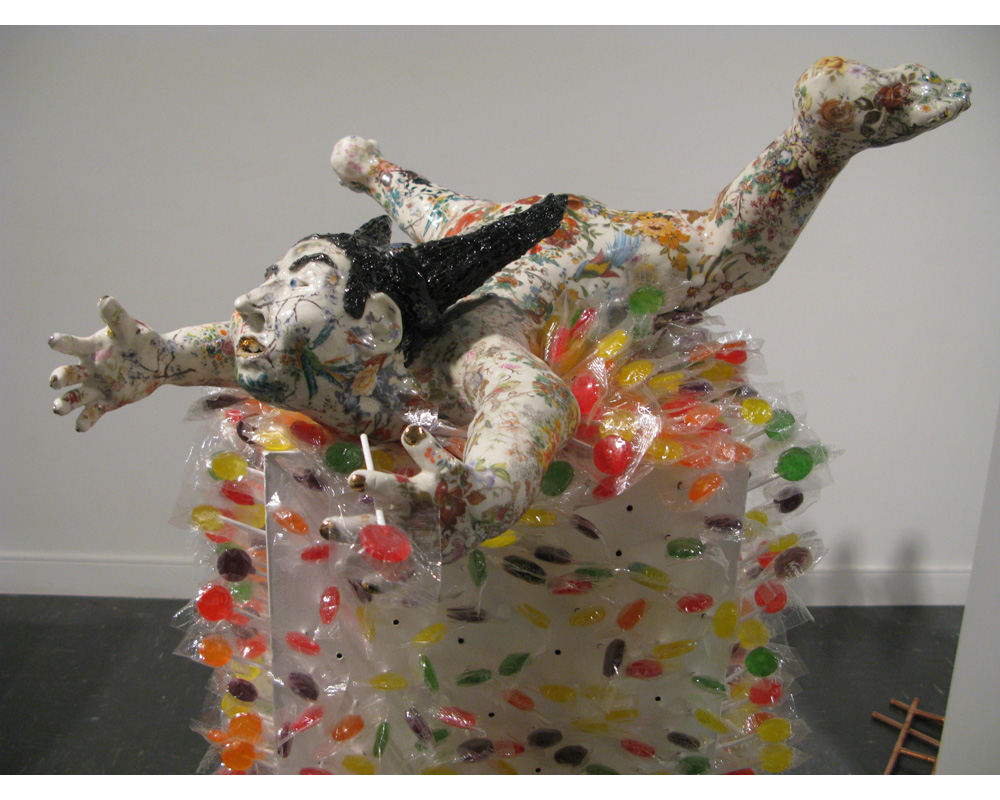 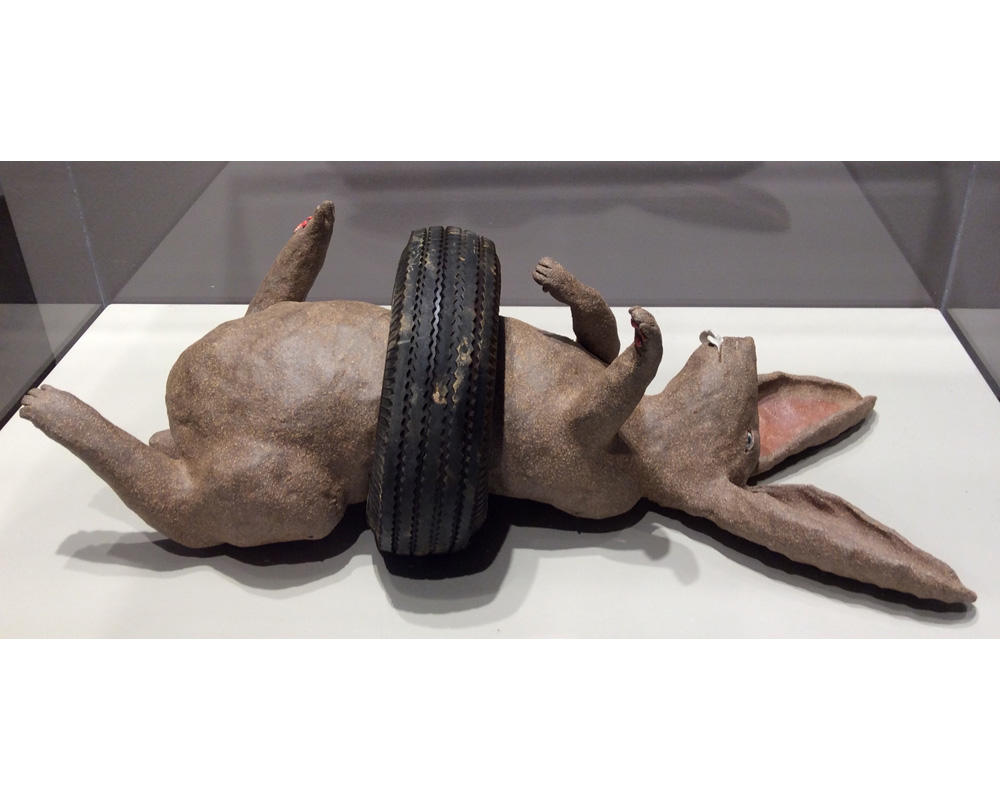 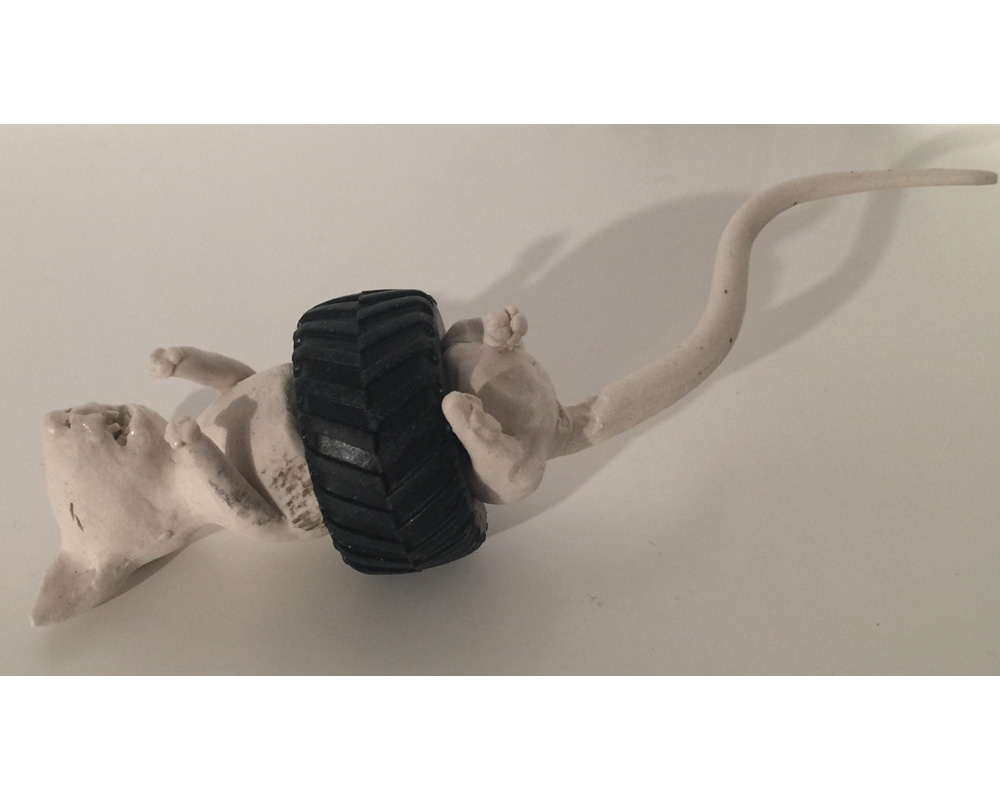 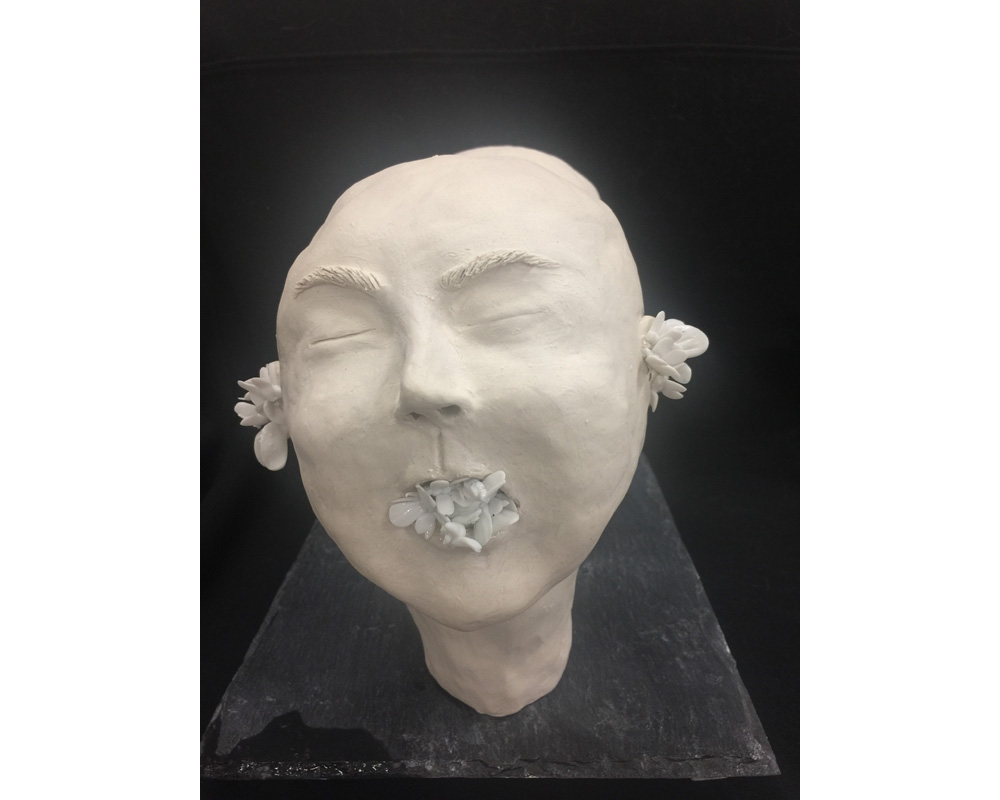 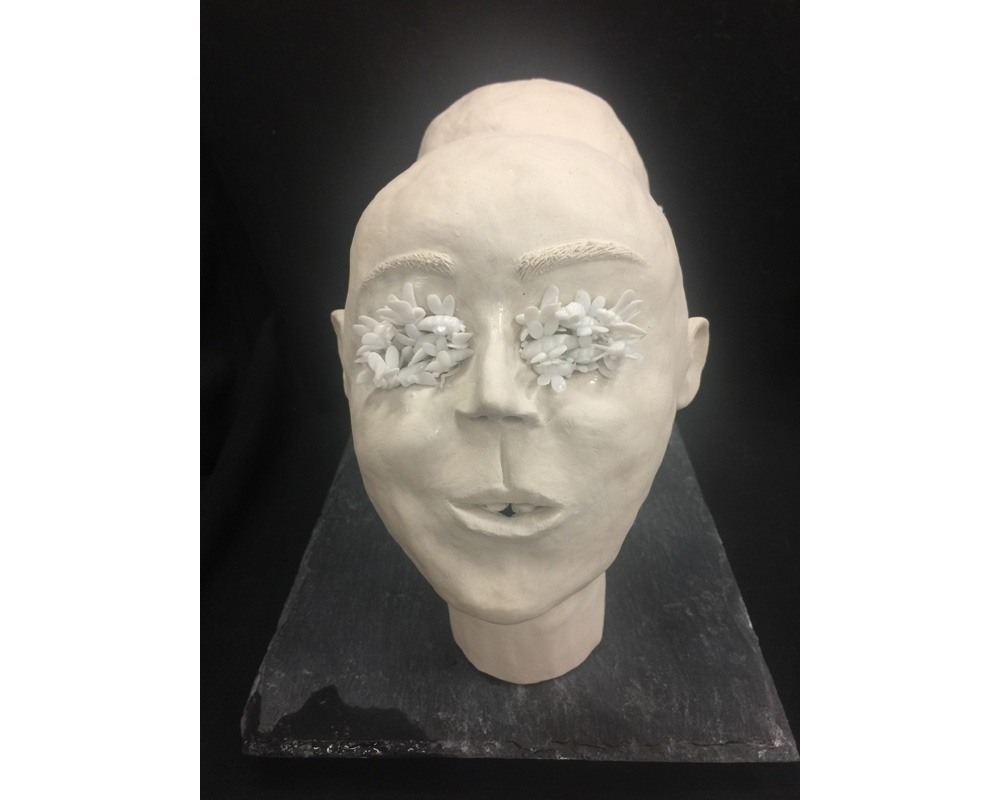 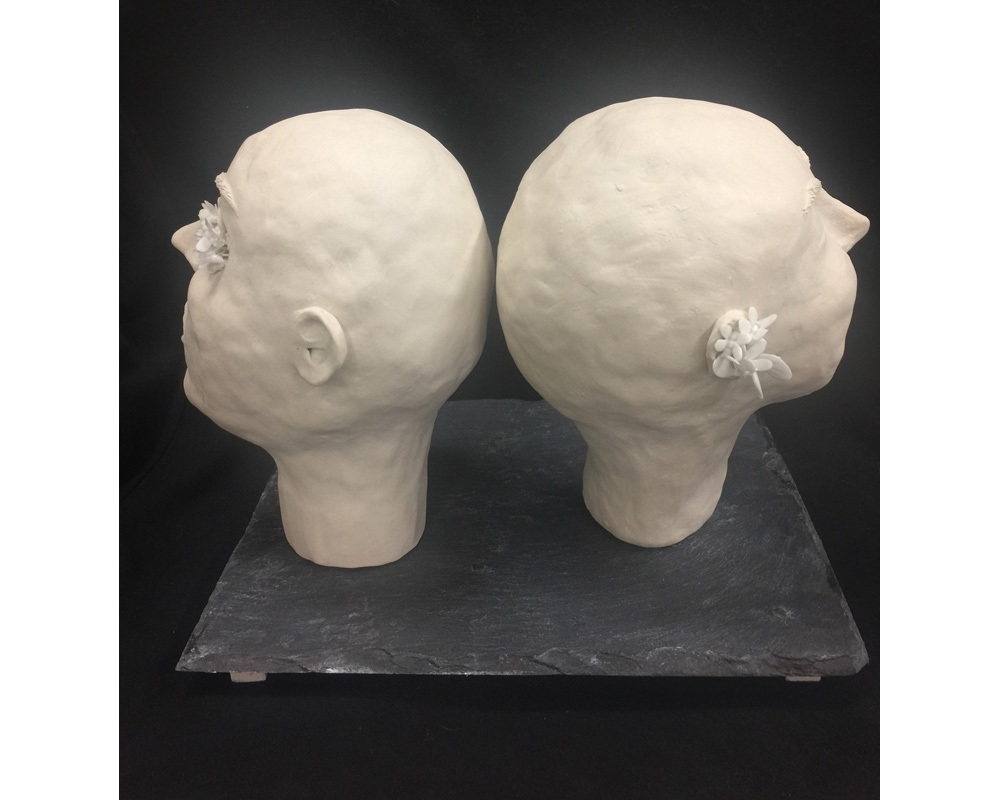 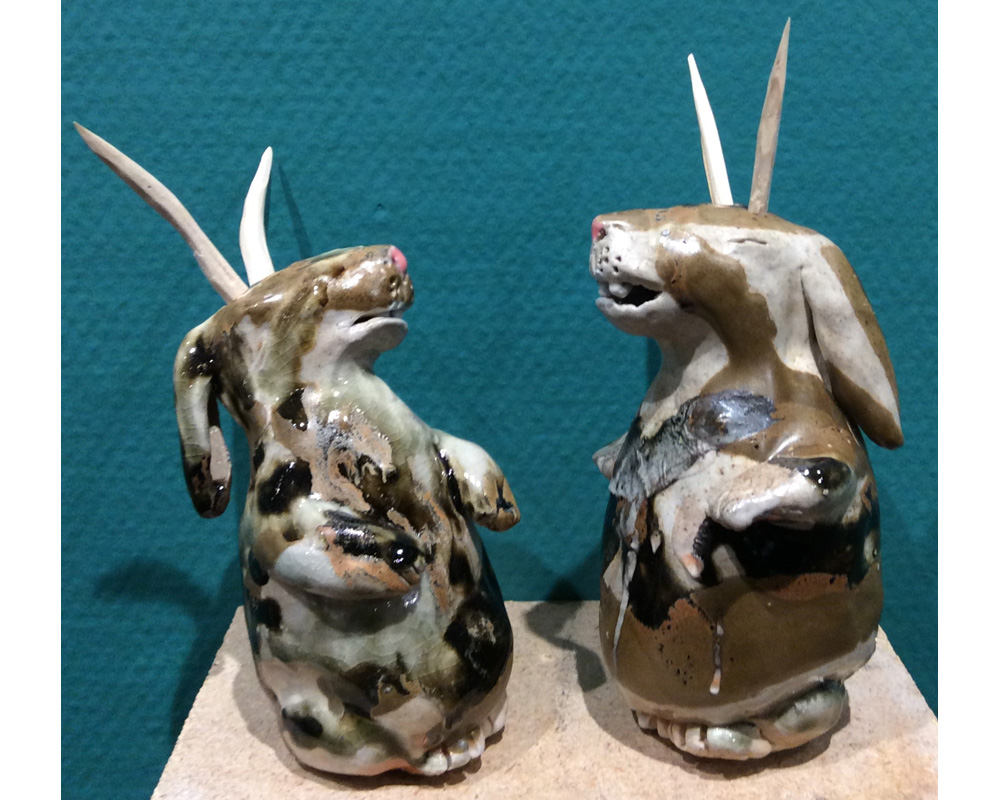 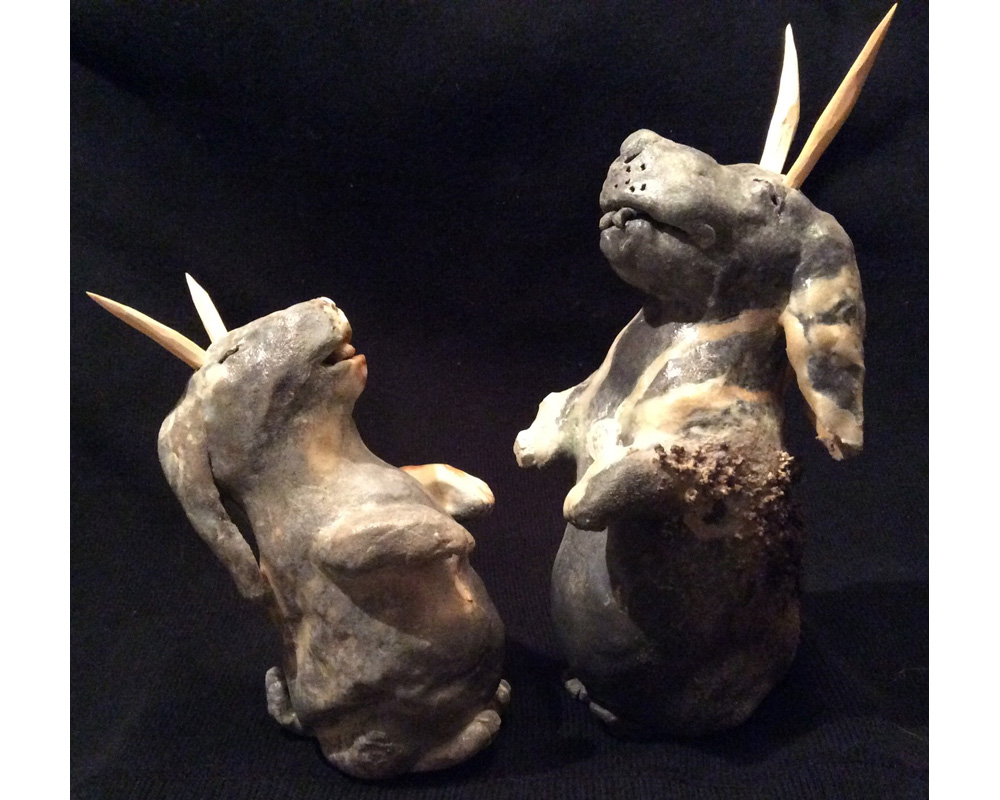 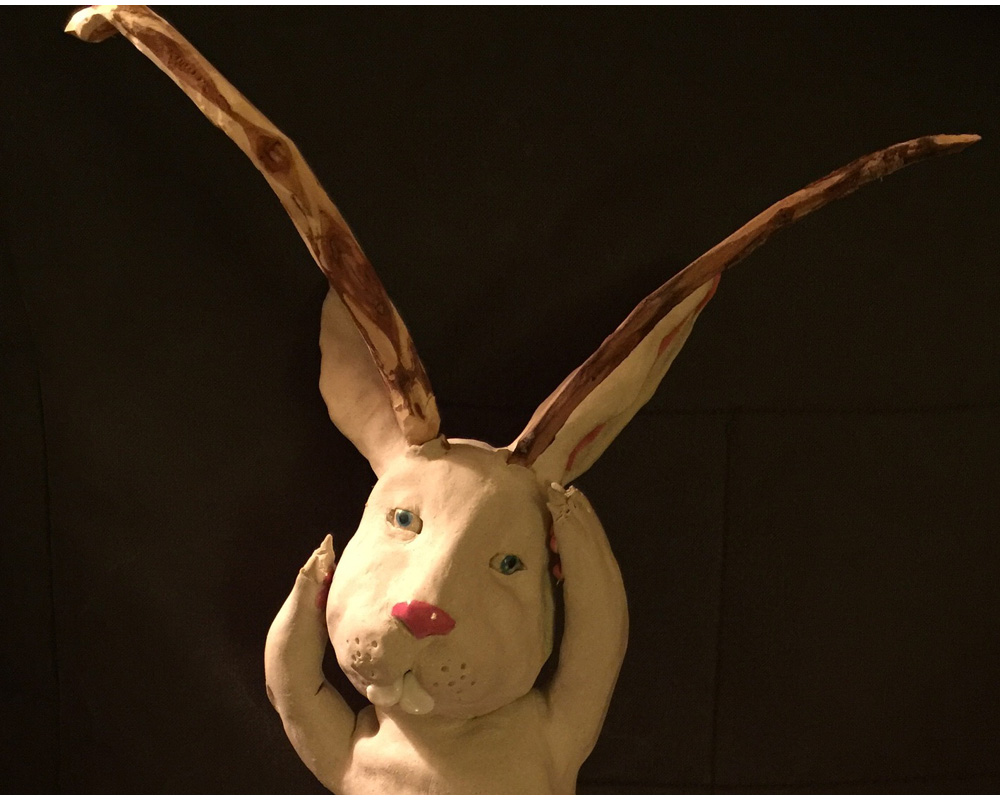 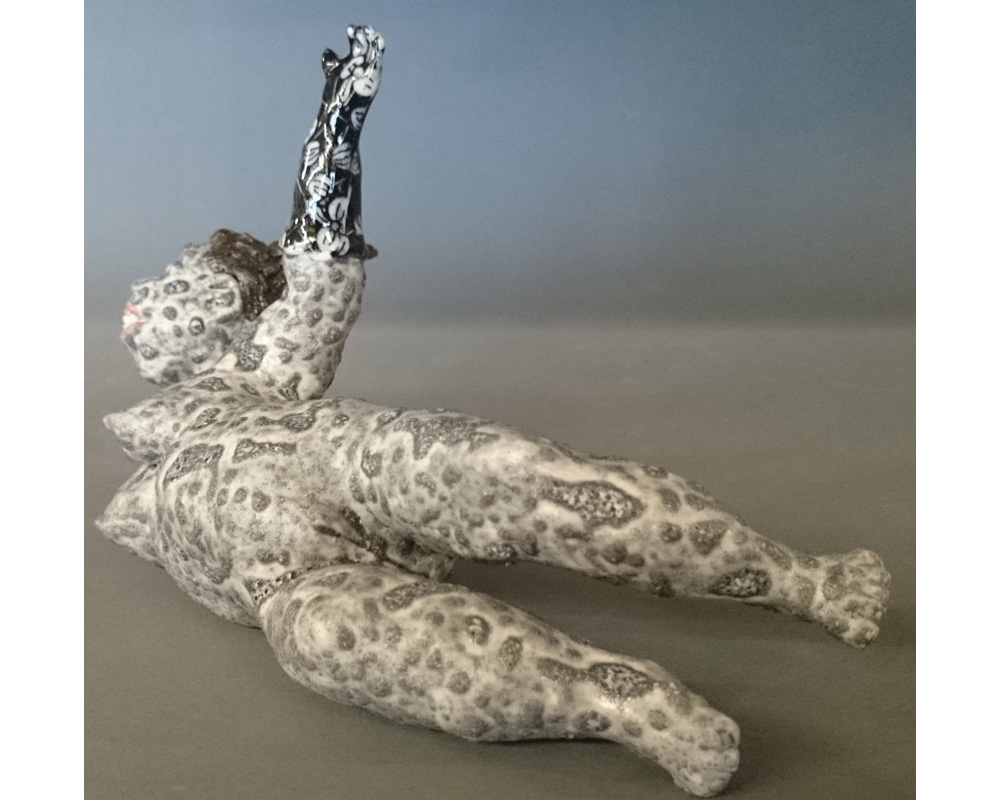 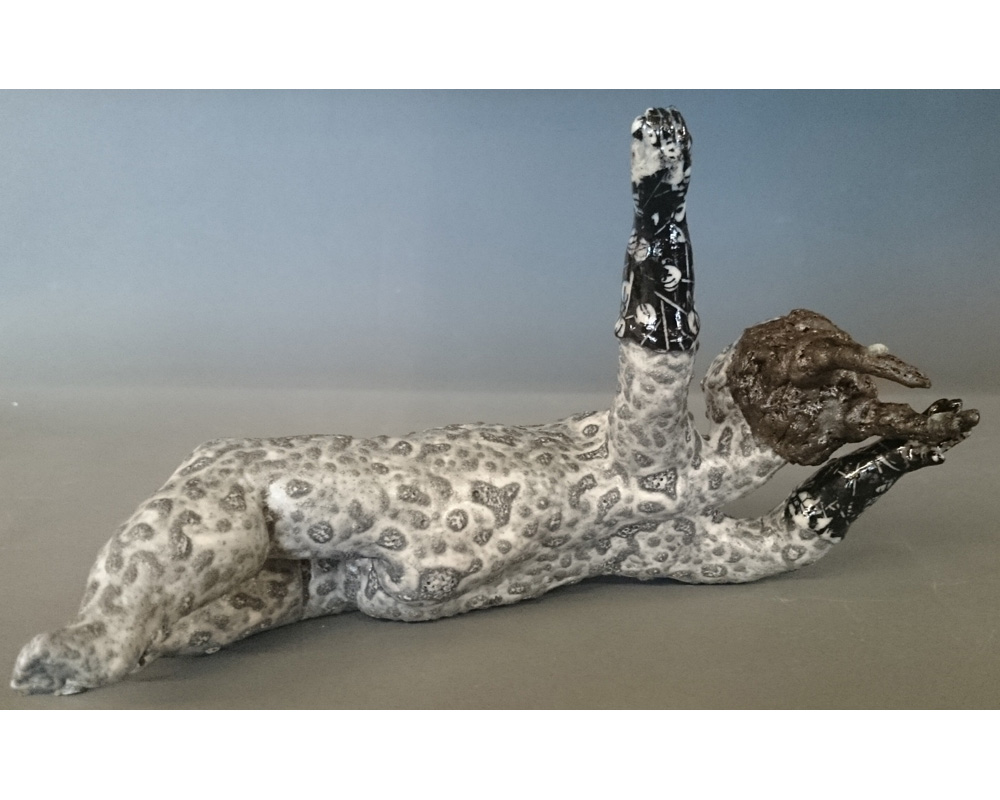 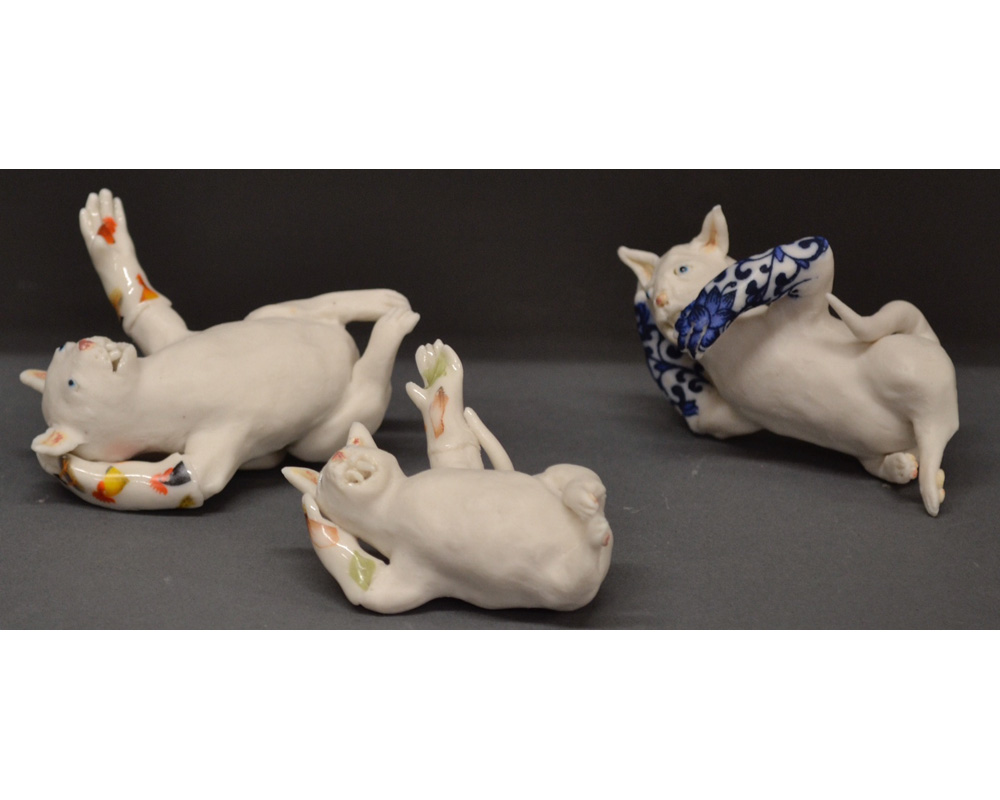 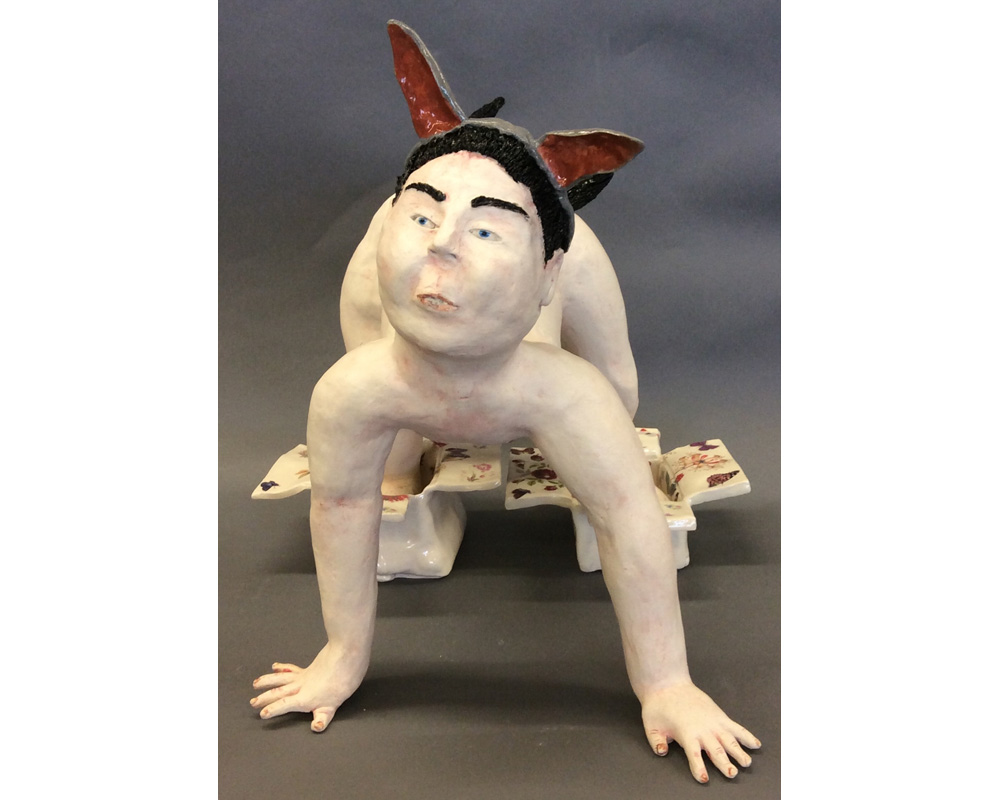 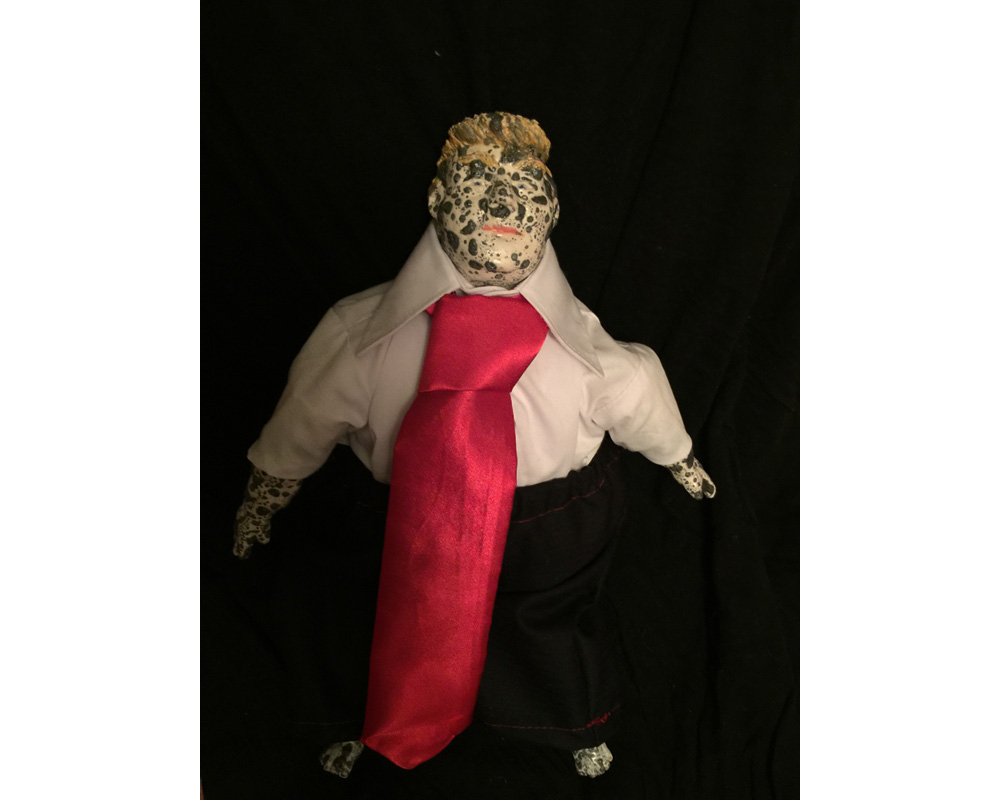 Kasia Piech is a ceramic, mixed media artist. Piech completed her first degree in Religious studies at the University of Windsor, after which she left to teach English in Korea for two years. In September of 1996, she left Ontario for Vancouver; there Piech studied Linguistics at Simon Fraser University. Finishing up the program at Simon Fraser University, she applied and was accepted at Emily Carr Institute of Art and Design. There Piech completed her Bachelor of Fine Arts with Majors in ceramics and sculpture. Completing her B.F.A. Piech then entered into the Master of Fine Arts program at the University of Waterloo, which she completed in 2003. The focus of her research currently is mindfulness. Kasia Piech has exhibited various works throughout Canada, China, Europe, Japan, and the USA.