A life of work: Activism and advocacy through the lens of a camera

Photographer, community activist, gallery owner, feminist, mother, archivist, Quaker, war resister, teacher, and mentor are just a few labels that barely scratch the surface of what LAURA JONES is all about.

Laura summarizes her own photography work by saying, “My life has been a combination of community and artistic work, producing documentary and creative photographs. Both have been equally important to me. My interests overlap and are deeply interconnected with social justice as a priority.”

Laura’s early photographic work and active participation with people and organizations seeking social change and equity is indicative of her bountiful archive and life in photography. Specifically, her images documenting the Poor People’s Campaign in 1968 (a protest planned by Martin Luther King Jr. and carried out by his associates) are still being requested and exhibited in major galleries and museums across North America today.

In 1967, at 19 years old, Laura came to Canada from the United States, newly married to John Phillips. He had attempted to get conscientious objector status so that he could serve during the Vietnam War in non-military service. Unfortunately, he wasn’t successful, so the couple dropped out of the Quaker college that they were attending and moved to Canada.

They settled on Baldwin Street in Toronto and got their first jobs with the Company of Young Canadians creating the Baldwin Street Club, teaching photography and writing to children with learning disabilities and teaching teenagers at Point Blank School, a local alternative school.

In 1969, Laura and John set up the Baldwin Street Gallery of Photography, the first photography gallery in Canada. The space wasn’t about selling artwork and the white-gloved handling of fine art; it was a community hub in which people shared stories and explored the joy of working with photographs. They invited established photographers, as well as women and children in the neighbourhood, to participate and exhibit their work. They even welcomed other draft dodgers to sleep on the floor of the gallery upon their arrival to Canada. The gallery’s first exhibition was of children’s photography poetry, and stories. The gallery operated at 23 Baldwin Street until 1974, reopened at 38 Baldwin Street for a year in 1978, and then functioned producing pop-up projects until 1980.

The second major project that still resurfaces for Laura regularly is a curatorial project she worked on in 1972. Working as a small but passionate team, Laura and her friends formed the Women’s Photography Co-op. The University of Toronto had darkrooms at Hart House for use, but women were not allowed to use them, so Laura set up darkrooms for women to use in her basement. Laura’s darkrooms caused quite a stir at the time. An article published in Popular Photography magazine declared “Women in Canada – On the March.” Laura notes, “At our biggest, for a few months, we were ten people, and then we went back to being eight people and it stayed eight people for quite a few years. It was never an actual movement. Looking back it amazes me that it was seen as a threat.” Local backlash included uninvited comments from established male photographers. One in particular protested Laura’s endeavours by delivering her a bag of excrement and throwing a rock through her door. He made his feelings about this perceived female invasion of the genre quite clear.

Despite this feedback, Laura and her friends persisted in doing what they loved. In 1972, photographer Pamela Harris reached out to Laura because the University of Toronto was hosting a festival of women in the arts. It was around this time that talk about a Women’s Day began. The Women’s Photography Co-op announced a Call for Submissions for photographic work by women they would curate into an exhibition. They put a notice in the Baldwin Street Gallery newsletter. Prints and letters from across North America poured into Laura’s mailbox. The curatorial team of eight women — Laura Jones, June Clark, Judy Holman, Lisa Steele, Linda Rosenberg, Liz Mancell, Pamela Harris, and Lynn Murray — reviewed hundreds of entries. The result of this collection was the exhibition Photographs of Women by Women. They toured the show, exhibiting as widely and wherever they could. The tour even included a stop in a laundromat in Newfoundland! A special edition of Coach House Press’s publication Image Nation was also devoted to sharing this work.

Laura says, “It took us weeks to unpack photographs that had been posted. We looked at each one and we discussed them all. We became far more articulate about photography and had great respect for these photographers.” She notes that many entries were made by women who expressed frustration about simply not being able to get ahead in photography careers.

One submission they collectively reviewed and rejected just didn’t sit right with them. They later learned that a man had submitted a photo using his wife’s name, just to see if it would be accepted.

What made this exhibition unique was the group’s distinctive perspective and welcoming nature. This revolutionary exhibition even caught the attention of New York photography critic A.D. Coleman, who made mention of it in The Village Voice.

Luckily, Laura kept most of the documentation around the extensive work that went on at the Baldwin Street Gallery. Years worth of documentation, exhibition posters, letters, press clippings, and newsletters relating to hundreds of artist participants now reside in the archives of the Art Gallery of Ontario.

When asked about what Laura would consider a highlight of her own photographic work, she points to an image she was called to capture by two friends on a hot summer day. They insisted she run over with her camera to document them. She says, “One of the women had just put her hand on the other one’s bum. They were both laughing but trying to keep their pose because that was the picture they wanted: back-to-back to show their big bellies.”

A less than joyful aspect of being a young woman working in photography at the time was the fact that due to her gender, Laura would be frequently overlooked for paid work and her work wouldn’t be promoted. As her husband was also a photographer, he would often be offered more work than he could take on. Laura would do the work and the clients never knew the difference. Another moment she found especially offensive was when she contributed to a photography exhibition hosted by the Ontario Science Centre. Just before heading out to the opening event, she caught the news of the exhibition announcement on the radio. The announcement proclaimed the show featured the work of “ten great men.” Disheartened and discouraged, she attended anyway and asked the officials why they had made that claim. They casually revealed it was merely an oversight, as women weren’t usually involved with such endeavours.

A series of beauty pageant photos and a camera store camera demonstration are other images from Laura’s archive that she makes special note of. Again, the obvious objectification of women stands out to us more today than it would have at the time and, again, Laura’s view of these spectacles was clearly different to those of the male photographers in attendance. Consistently, her documentary images ask more questions of us as a society then provides answers.

Over 60 years later, Laura still takes pictures, but also spends time organizing and digitizing her extensive archive. She also finds great pleasure in researching photography, with a special interest in the women’s work buried in archives. Often mislabeled or left undigitized, much of this content takes literally years to discover.

Laura, like her work, is smart, quiet, and thoughtful. Her personal values regarding living a life of peace, being equitable, and finding beauty in social interactions comes through in everything she does. Like a deep breath of fresh air, her work is the quiet revelation that we could all use right now. 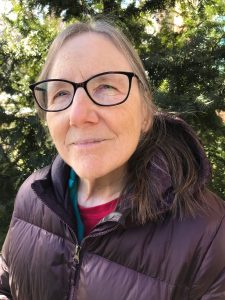 Laura Jones is a Toronto based photographer, community activist, researcher, feminist, mother, archivist, Quaker, war resister, teacher, and mentor. She is equally passionate about image making and collecting as she is about equity and inclusion.