Portrait of the Artist as a Young Woman

What is not to love about photography in it’s “purest” form (ie: without photoshop tricks)?

How can you not fall in love with an artist so determined in her vision, she spends months crafting a single image – whilst placing herself at personal risk? In an Instagram world, young women photographing themselves is not uncommon. Sage Szkabarnicki-Stuart works at a level beyond her years, but her youth allows her to boldly craft ridiculous public stunts in pursuit of the perfect frame, and the strongest visual statements.

Often bizarre, always surprising, never predictable, once you start scrolling through Sage Szkabarnicki-Stuart’s work, you won’t be able to look away.

Portrait of the Artist as a Young Woman
by Peppa Martin

Sage Szkabarnicki-Stuart does not play it safe. One look at her photographs confirms she is a woman undaunted. In the pursuit of defining her photographic voice, she attempts the difficult, the dangerous, the fanciful, and the  0utlandish with focused determination.

Born in Toronto in 1995, Sage grew up in Ottawa. She earned a BFA in animation at Concordia in 2018, where she initially enrolled in drawing courses. Candidly admitting that drawing was frustrating and she “wasn’t very good at it,” Sage segued into photography. With no formal intention of developing a body of work, she created wildly offbeat images using herself as the subject and posted them to Instagram as diary entries. “I was trying to figure out who I was as a photographer, and no one else would pose for me,” she recalls.

In an unexpected turn of events, her mother played a pivotal role in launching Sage into the world of fine art photography by submitting Sage’s images for exhibition at the 2018 Artist Project – Contemporary Art Fair in Toronto, within the “Untapped Emerging Artist” category. Sage produced “six or seven small prints, and they all sold. It was totally surprising!”

Sage says she grapples with expressing her thoughts in words. She finds it “easier to speak through photography” — a propensity that underpins her artistic process. Sage begins a project by producing a scenario that interests her, then aims to “create one uncontrollable element to harness energy.” The images reflect a deeply personal documentation and interpretation of the chaos of life, as they often involve live, undomesticated animals.

Sage points to the MTV show Jackass as the genesis for her stunt-based images. “Stunts are appealing to use in order to talk about themes, such as plastic pollution or emotions,” she says. Each image takes her roughly a month to execute. The work is painstaking, fraught with physical discomfort, is solitary, and meets with failure or suspicion time and again. Much of her time is spent observing, understanding, and connecting with the live animals in her scenes. It’s worth noting that her post-production and Photoshop work is minimal.

In ‘Montreal Vista,’ raccoons cavort with her in the night, nipping at French baguettes she made into a garment. In ‘OK BYE!’ Sage is seen leaping from a high fence, in a nightgown, surrounded by toy airplanes. Afraid of heights, the whole under-taking terrified her, and yet, undeterred, she got the shot.

In ‘Urban Stream,’ Sage photographed herself floating in a dirty Toronto stream strewn with discarded plastic shopping bags, wearing only scant Dollarama plastic bags she found at the site fashioned into a swimsuit. For ‘Urban Bath,’ she collected white plastic cutlery from a pond where swans swim to create a costume to pose with them. After spending weeks introducing herself to the birds, and assessing the light at the scene, she had only a few minutes to get her shot with them while immersed in the freezing pond water, holding a breadstick under the water.

Plastic waste has become an engrossing subject, finding its way into Sage’s psyche and image-
making. In an interview with Life Framer, Sage explains, “Trash piling up everywhere can be harmful and scary but it also imbues a kind of magic-realism to natural landscapes. The interaction between nature and plastic is creating a whole new reality that no one has ever seen before.”

Sage says, “A thousand years from now, archeological digs [of our era] will unearth plastic.” Fearing how people in the future will perceive our present civilization motivates her to visually articulate her urgent commentary. With some despair, she believes, “Garbage is a core identity, as much as culture and heritage.”

Sage’s fearless approach to photography yields powerful contemporary narratives. In them, we witness her stark thoughts writ large and her feelings laid bare. Mathew Rosenblatt, cofounder of Toronto’s Distillery Restaurants Corporation has called her “a (mad) genius.”  We would agree. 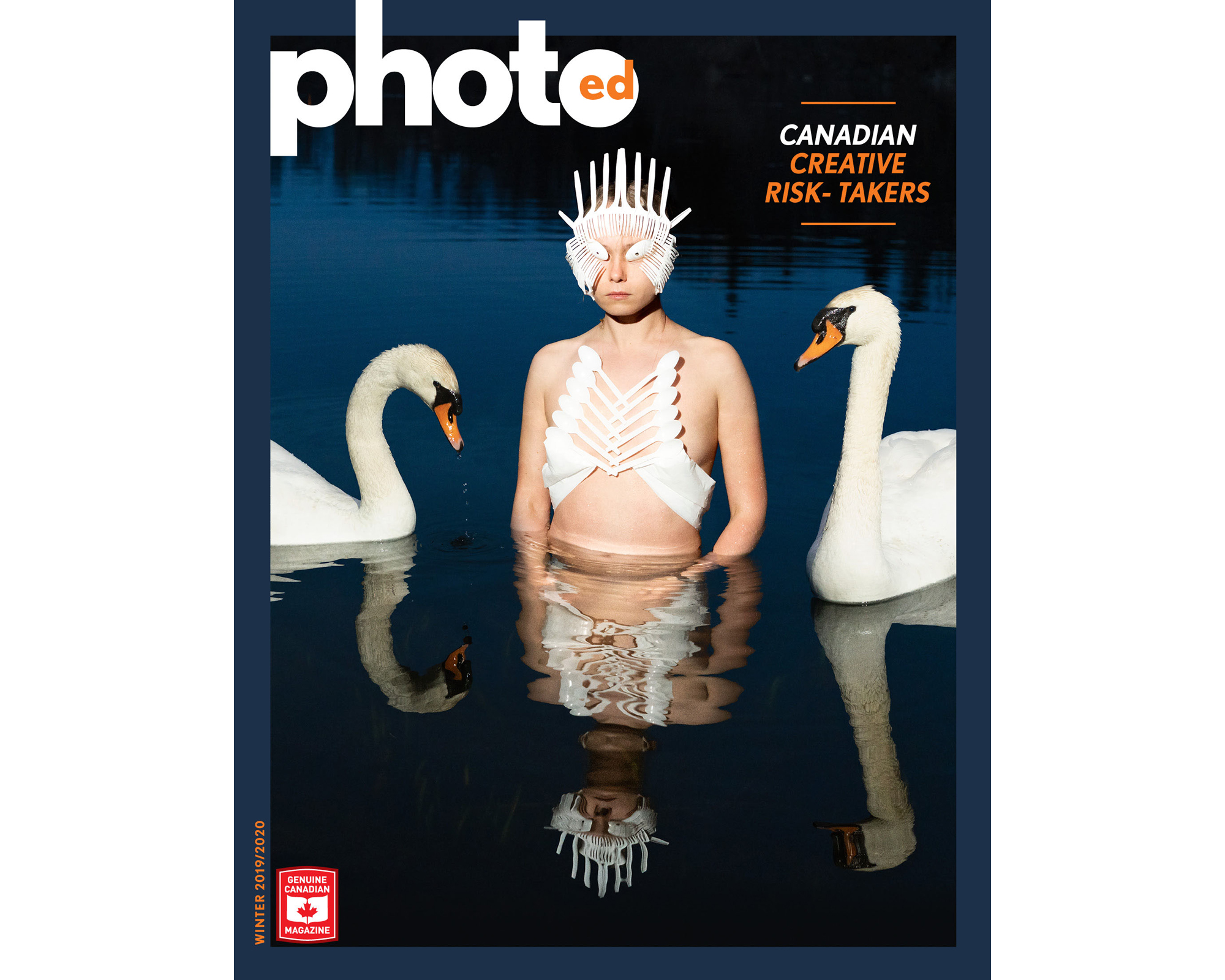 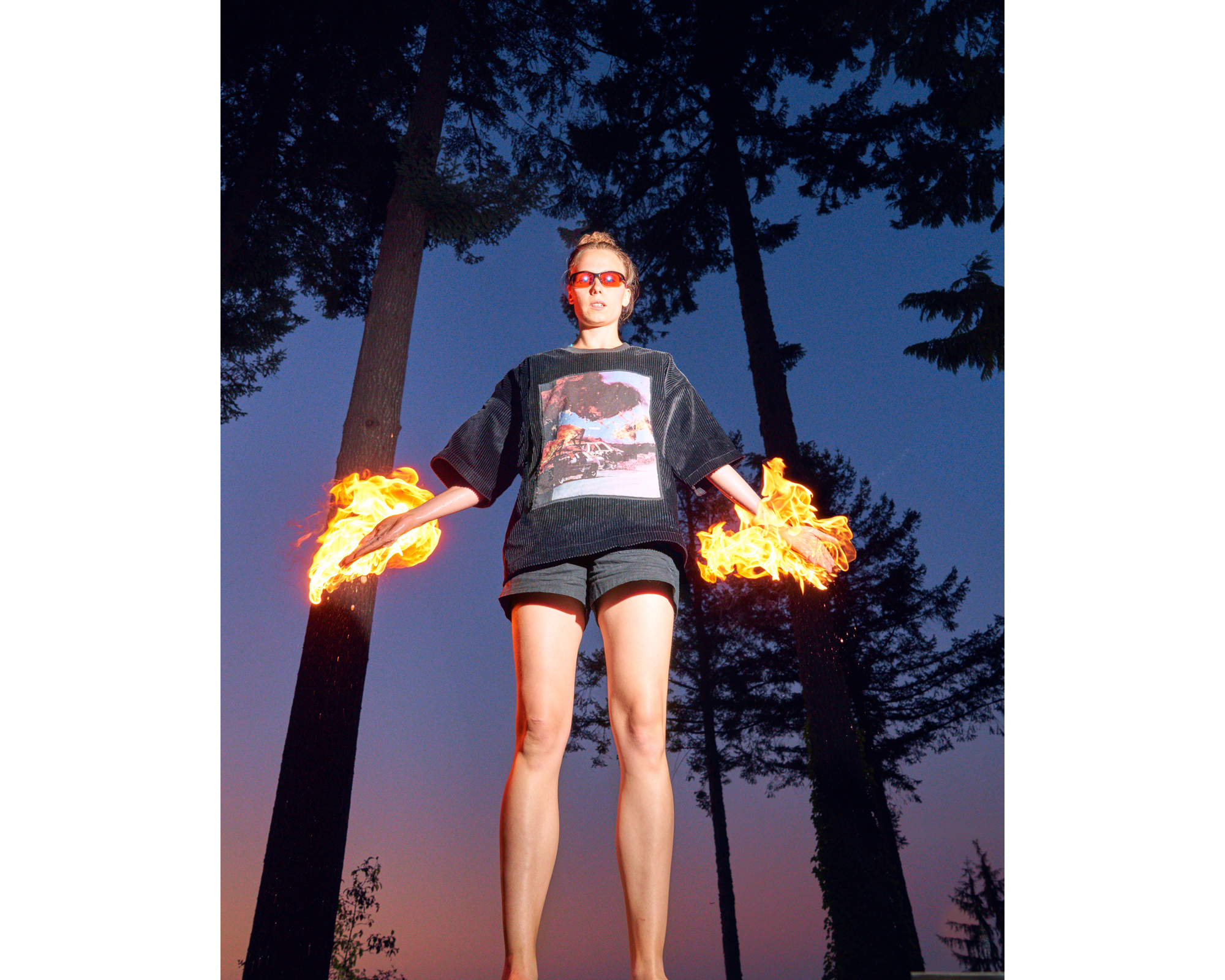 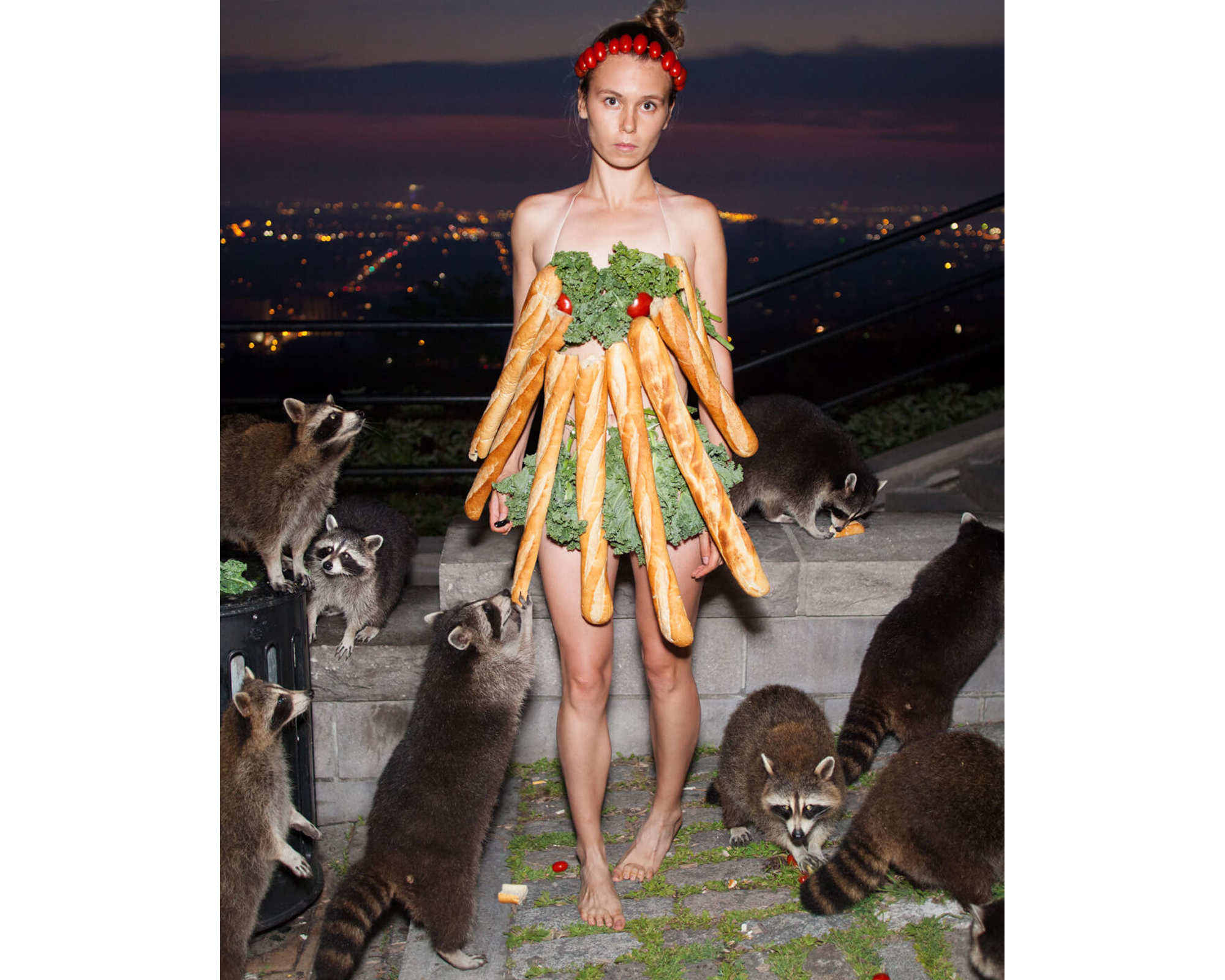 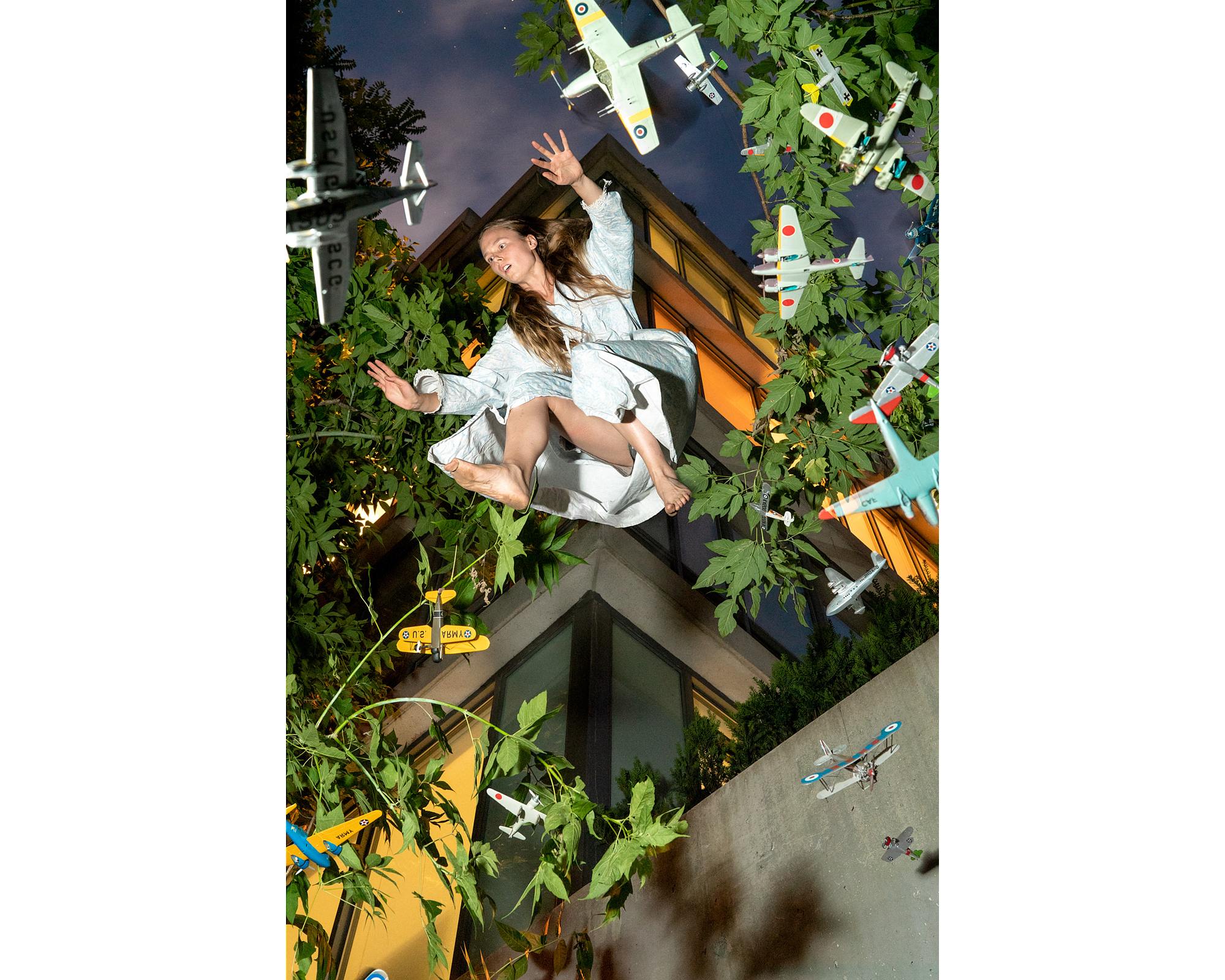 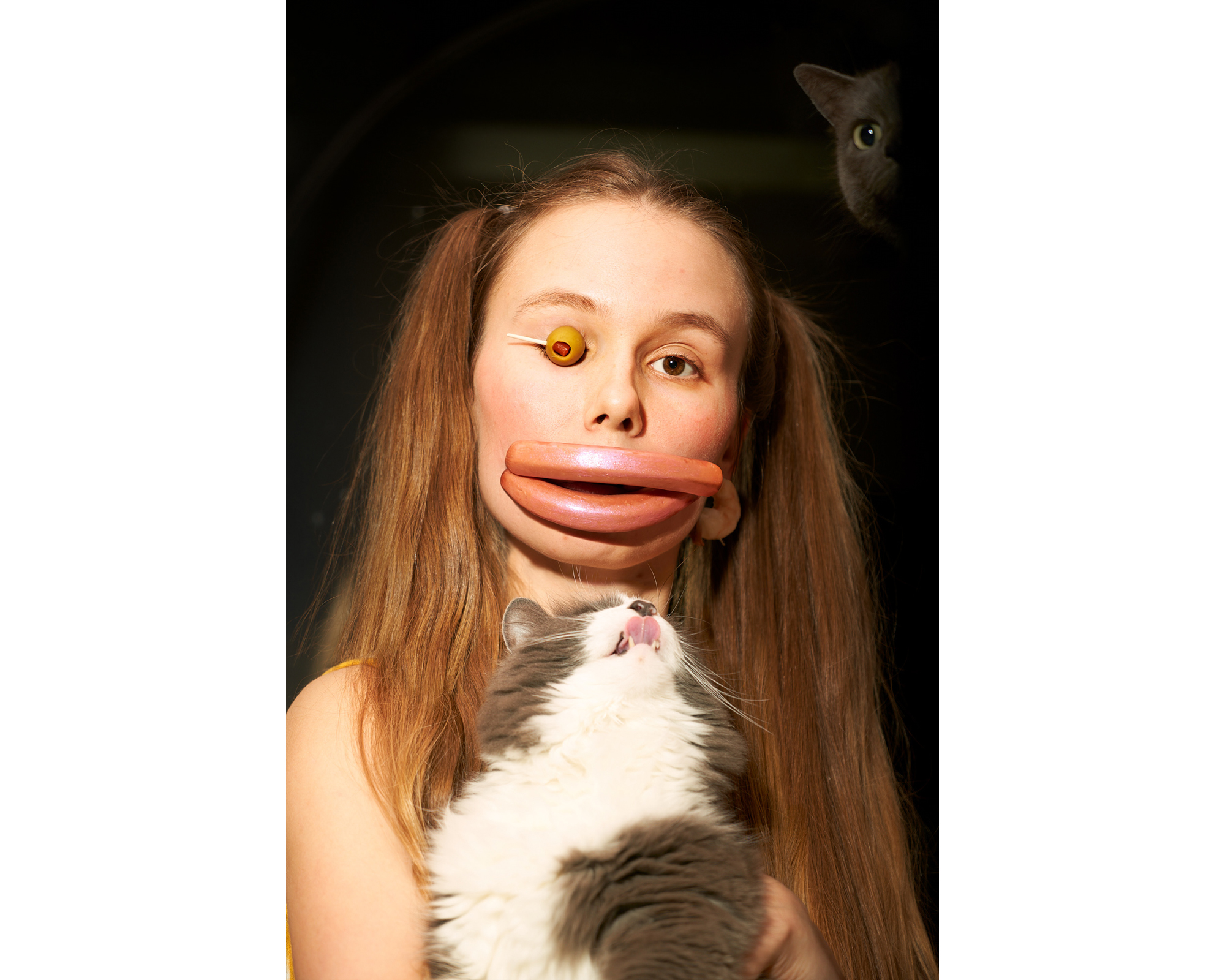 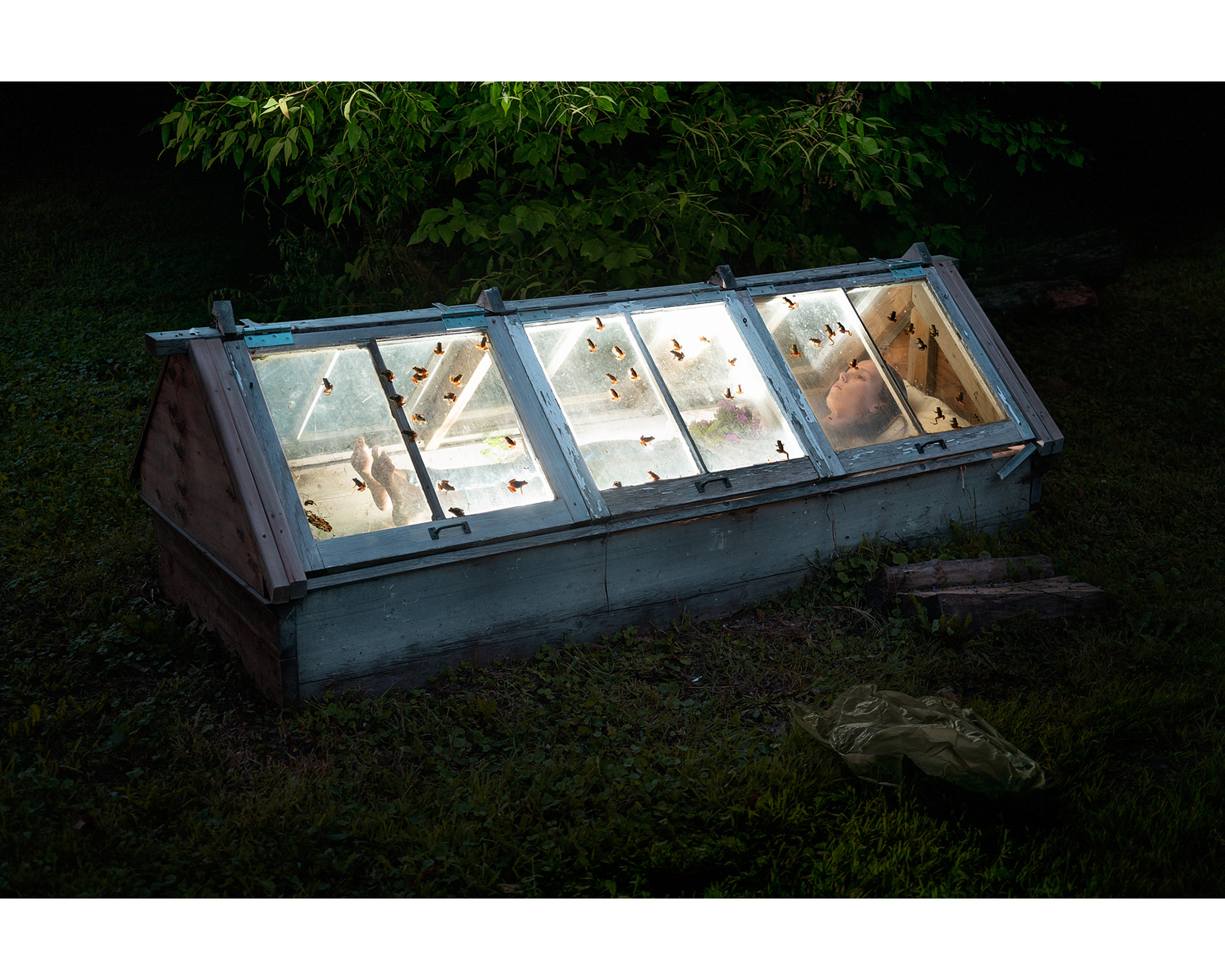 A video of Sage Szkabarnicki-Stuart speaking about her process, can be found HERE.

Peppa Martin is a gallerist, curator, art advisor and artist consultant, reviewer, career professional photographer, and independent writer on art and culture. Her Vancouver based gallery, Truth and Beauty closed its physical space in 2020.

The Commotion is her new modern, all-digital platform and art network. Truth and Beauty’s spirit ascended to ‘the cloud’, residing as a full-spectrum, commercial virtual photography salon operating in a sustainable, fully accessible sphere, online.

PhotoED Magazine Editor/ Publisher, Rita Godlevskis has extensive experience in photography and publishing in Canada, Australia and New Zealand. She has worked across multiple platforms with a diverse range of projects in her portfolio in editorial, creative production and marketing contexts.