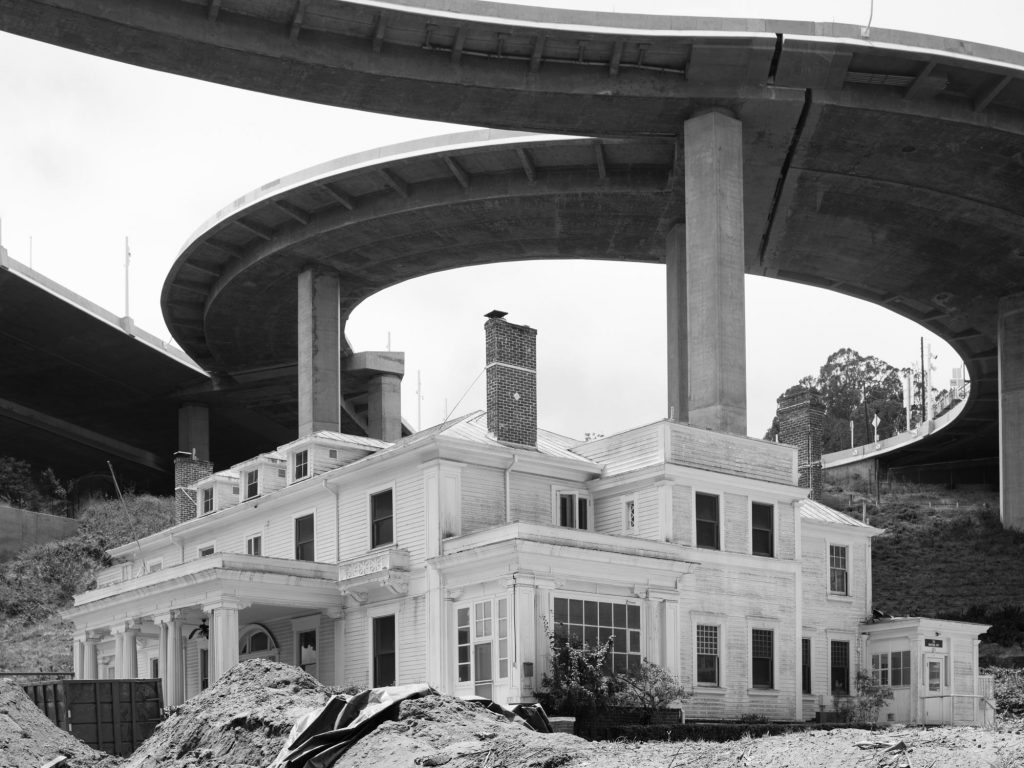 So this is where the Renaissance has led to | And we will be the only ones to know
So take a drive and breathe the air of ashes | That is, if you need a place to go
If you have to beg or steal or borrow | Welcome to Los Angeles, City of Tomorrow
(Phil Ochs, The World Began In Eden And Ended In Los Angeles)

When I first encountered Plumb’s images, that song from the late Phil Ochs came to mind: it seems upbeat and pleasant but is, in fact, nuanced with a despair that is subtle but builds (and I will admit my interpretation may be coloured by his suicide. But the rendition of that song I am familiar with is a live version, and Ochs talks at the beginning of his fascination with Los Angeles “which intrigues me like a sensual morgue.” Plumb’s works have a certain sterility, to them, as well, that intersects with this consideration).

As with Plumb’s scenes, there’s more at play than the obvious. Considering that California exists in imaginations just as vividly – if not always accurately – as any seminal ‘place’ like ‘Siberia’, Plumb’s photographs invite us to construct narratives around them, that build, converge or perhaps complete what she intends, with her own personal stories….

I will admit that when looking at Mimi Plumb’s photography, that The Golden City often blended with another body of work of hers, titled The White Sky. I doubt that the artist would be offended by that, as the elements of memory, nostalgia and social realism suffuse her practice, and are themes that are present in her artwork still. Although her narrative is a personal one, it also has elements that are more universal, when considering larger tropes that her work touches upon.

“The Golden City [is] a series of images that frames subjects against the sprawling backdrop of San Francisco. Similar to Plumb’s other bodies of work, The Golden City is an ode to an earlier America—a rich and playful elaboration on the human condition, and its tendencies towards hedonism and spectacle. To say that this work largely references the exploitation of the natural world on account of humans would be reductive. While sculptural detritus and empty construction sites set the groundwork for this series, Plumb flips dramatic irony on its head by capturing subjects enthralled by events transpiring just beyond the frame. We are not in on the comings and goings within this world, but are sucked in nonetheless; left only with a sense of wonder at what could be bringing about such awe.” (from Document, with an engaging conversation with Plumb you can read as well)

Much more of Plumb’s work – from this series and a number of others – can be seen here. If you’d like to listen to her talk about her work, the Museum of Contemporary Photography has a video you can enjoy here.

Plumb published a book of selected images from this body of work with Stanley/Barker books in 2022. 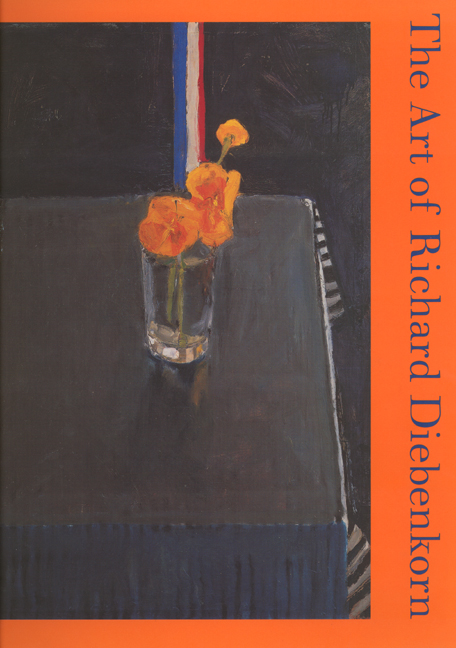 The Art of Richard Diebenkorn

Jane Livingston, with essays from John Elderfield and Ruth Fine (The University of California Press)

Forgive me for saying something positive about social media, but it’s allowed for a proliferation of art and images online (which is one of the motivating factors that helped create the Covert Collective); the art historian in me welcomes this, as on Twitter, for example, there’s numerous ‘art bots’ that have filled the sphere with many fine artworks – such as those of Richard Diebenkorn.

“Recognized as a major figure in postwar American painting, Richard Diebenkorn (1922-1993) was an artist strongly identified with California but whose work is beloved throughout the United States and the rest of the world. This catalog is the most comprehensive volume on the artist now available.

Jane Livingston’s extensively researched biographical essay covers Diebenkorn’s entire career and concentrates on the artist’s inner life and purposes as revealed in his paintings. Ruth Fine deals primarily with the figurative aspect of Diebenkorn’s work (1955-67), and John Elderfield concentrates on the Ocean Park period (1967-93). All three authors provide valuable insights based on their personal relationships with the artist and his widow, Phyllis. On both page and canvas, the reader can sense Diebenkorn’s complexity and highly self-conscious working methods, as well as his formidable integrity.

The Art of Richard Diebenkorn will give readers with an interest in all phases of modernism new thoughts about the relationship between abstraction and representation. Stunningly illustrated, with 192 full-color reproductions, this book is an exhilarating testament to a distinctive American artist.” (from the publisher, The University of California Press)

The essays are enjoyable and informative: but the majority of the book is defined by almost 200 full-colour reproductions and that’s why I recommend this book. From Diebenkorn’s still life paintings to his rough portraits to his ephemeral repeated meditations where place and abstraction intersect, this book is rife with beautiful images. “If painting doesn’t offer a way to dream and create emotions, then it’s not worth it”, to quote Pierre Soulages, a contemporary to Diebenkorn, and one can easily get lost among the many images of Diebenkorn’s in this book

This is hopefully to be found at your library (UC Press offers a space to request a copy for the same), or your locally owned bookstore. Since I mentioned social media in this Library suggestion, it would be remiss to not offer links to a Richard Diebenkorn #artbot on Twitter, as a teaser to encourage you to seek out this book. 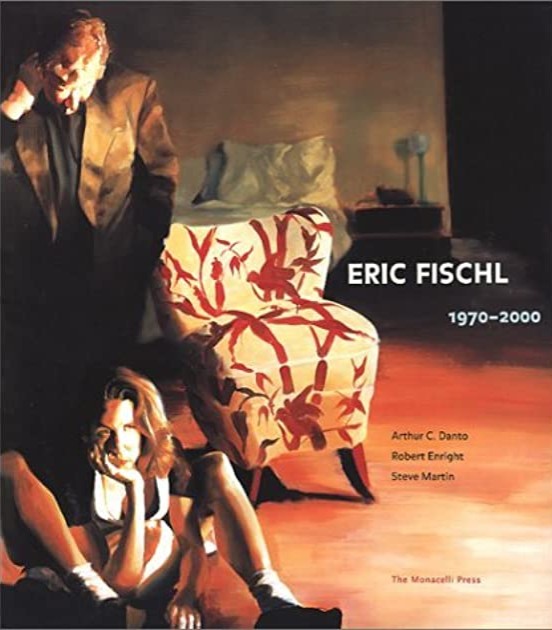