In: Around the Red 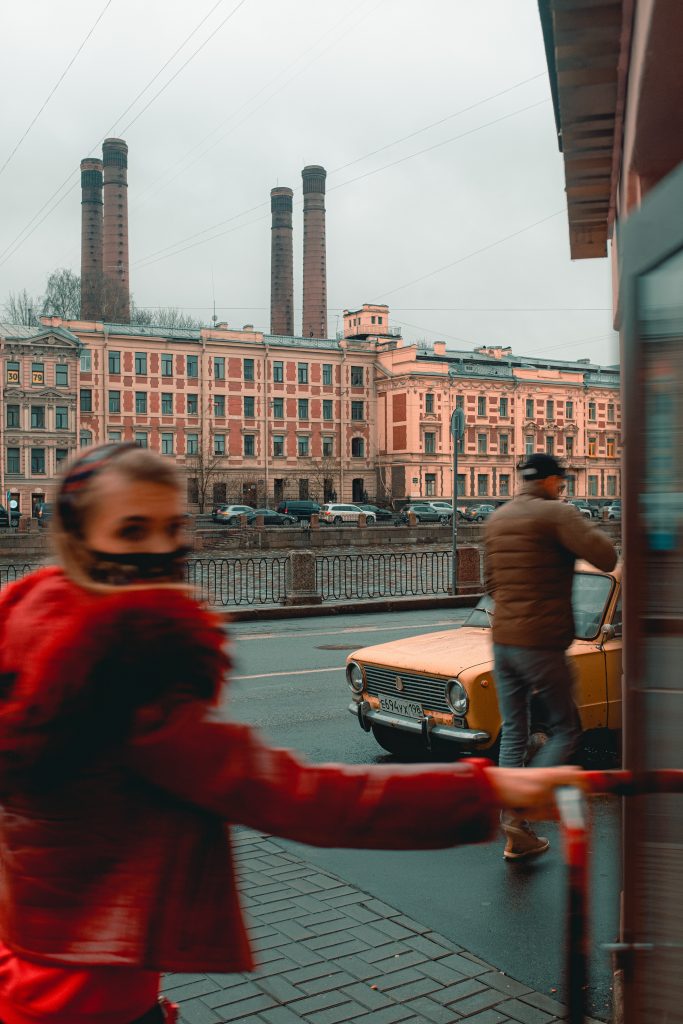 Balaguer’s series Around the Red (which includes the image shared here) is perhaps my favourite of his series (a hard decision, though, as Teriberka or Street Photography for Xiaomi are enchanting, too).

Often, his images of St. Petersburg and Moscow suggest a perpetual winter in Russia, but these are less so of that style. The vibrant reds – which never seem forced and hold your eye without overly dominating the scene – run through these works, which are captured moments of places and people. The title implicates historical factors, of course, as Russia and the world are still negotiating the rise and fall of the USSR, in contemporary Russia and beyond those borders (sometimes acknowledging what happened, sometimes not, as we dance ‘around the red’). There is no point when ‘then’ stops and ‘now’ begins in sites of contested narratives (like St. Petersburg or Moscow, Eastern Europe or even in a larger world history), and Balaguer’s Around the Red sometimes hints – and sometimes hammers – at that, visually.

I should add that I began writing this post prior to the most recent acts of war by Russia, but that simply adds more weight to the geo – political insinuations of Balaguer’s scenes….perhaps, as Aleksandr Solzhenitsyn warned us in his The Gulag Archipelago if you “dwell on the past…you’ll lose an eye. Forget the past and you’ll lose both eyes.” To be honest, I had mixed feelings about sharing this work, considering the current political climate, but will temper that with the recommendation of Timothy Snyder’s book Bloodlands: Europe Between Hitler and Stalin, from 2010…..

From here : French photographer, architect and interior designer Viktor Balaguer fell in love at first sight with the ‘Venice of the North’ where he has settled with his family. “Saint Petersburg is a romantic city where you can go from a narrow street to wide avenues, where you follow the sublime and immense Neva River that is completely frozen for part of the year,” he said, calling it “A city of strong contrasts, with a succession of magical palaces and imperial facades whose entrance gates you must cross and visit the dark backyards of the Soviet era. A city deeply melancholic by nature, immersed in a relaxing rhythm of life and permanently open to contemplation.”

In selecting this image, I had a difficult time, as any of the vignettes in Around the Red by Balaguer are worthy of consideration: you can see more of them here, and many of his other fine images at both his IG: @viktor_balaguer and his site.