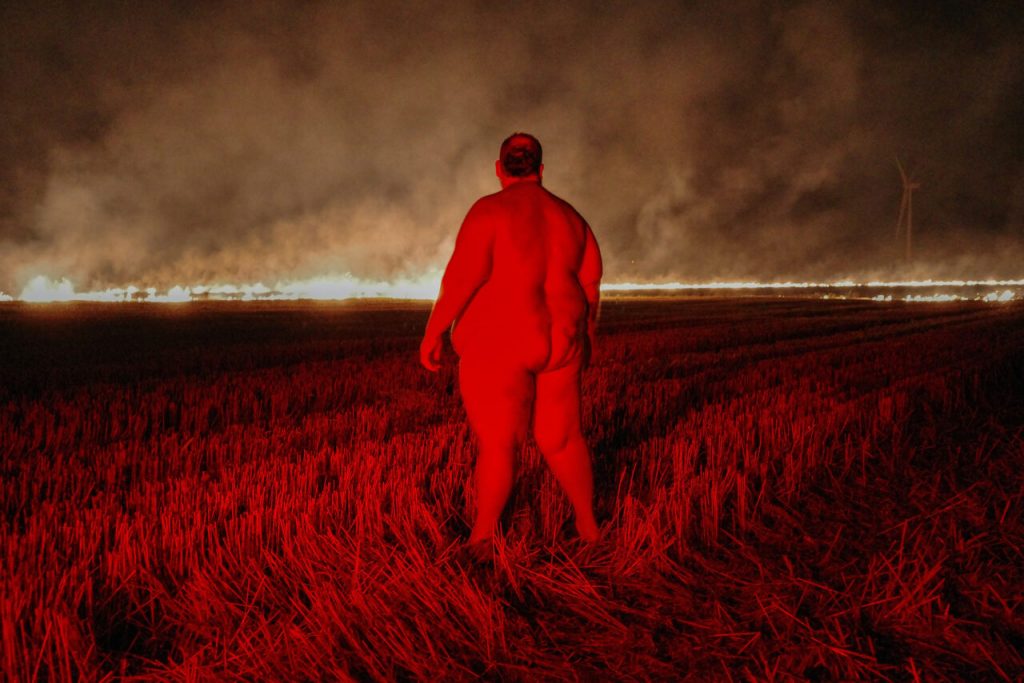 F. once said: At sixteen I stopped fucking faces. I had occasioned the remark by expressing disgust at his latest conquest, a young hunchback he had met while touring an orphanage. F. spoke to me that day as if I were truly one of the underprivileged; or perhaps he was not speaking to me at all when he muttered: Who am I to refuse the universe? (Leonard Cohen, Beautiful Losers)

Many years ago – as in decades – I fulfilled a dream I had of being a Ramboy in the artist Evergon’s photographic series Ramboys: A Bookless Novel. These were primarily nude portraits, and though it was a wonderful experience it is somewhat intimidating to be so exposed both in the moment and with the photograph afterwards (even when young and relatively fit).

I used to joke that I hoped that no other images of myself might proliferate, so that when I was arrested for some crime, newspapers and media would need to use that image, to much amusement and potential scandal (for others, not me. I would later work with Evergon again, ‘playing’ Puck in his photographic iteration of A Midsummer Night’s Dream).

But there is always a vulnerability in self portraiture, whether you’re bare or baring an aspect of yourself. This is present not just in the creation of the work, but also in considering how those images might be received.

That courage in the face of vulnerability – real or imagined, potential or expected – is what initially engaged me about Artem Humilevskyi’s series GIANT.

“Before he released GIANT, a series of self-portraits, Artem Humilevskyi’s finger hovered over the “publish” button for six hours. It was a personal project that required him to bare all, both physically and philosophically, and he had no way of knowing how people might react. In the end, it was worth the risk. “Hitting that button was a decisive step in the project,” he says. “When I did it, I realized that nothing happened. No one threw stones at me; all the experiences I had dreaded lived only in my head.””

“GIANT is a two-year project that began in March 2020. The collection is about understanding and accepting yourself as a human being. It is not necessarily body positive or a call to change the norms or the aesthetics of the body. It is a way of denying the sexualization of the human body, it’s about accepting yourself as an individual and being able to make friends with yourself; a way to stop hating yourself for your imaginary flaws. It has not been easy because real freedom from external and internal condemnations is not possible without a fight. Each photograph is a new step on this path to this freedom. The body as a subject in the project is not important, it can be an interpretation of any of the qualities that you dislike or hate. Reconciliation with them is the only way to become a complete person who understands that all our troubles are only inside our minds. Love yourself for what you used to hate and you will feel true freedom.” (from here)

More of this series can be seen here.
IG: @humilevskiy