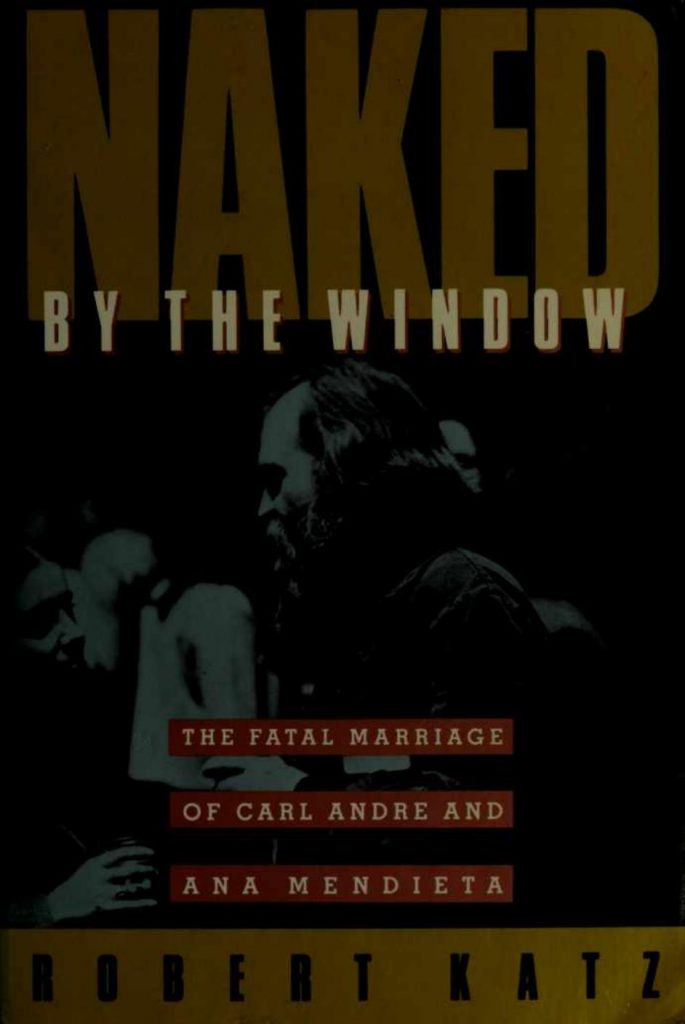 Naked by the Window: The Fatal Marriage of Carl Andre and Ana Mendieta

Naked by the Window: The Fatal Marriage of Carl Andre and Ana Mendieta by Robert Katz

Considering the intensity around their relationship, the exponential growth of Ana Mendieta’s legacy and the fractious (perhaps overdue) repercussions resonating through the art world regarding institutional and more covert sexism, Naked by the Window: The Fatal Marriage of Carl Andre and Ana Mendieta by Robert Katz (1990) is a concise, factual book that eschews sensationalism for clarity.

A synopsis of the book offers a nod to this contested narrative: “In 1985, the charming, Cuban-born 36-year-old sculptor Ana Mendieta plunged to her death from the 34th-story Greenwich Village apartment she shared with her husband, the well-known and highly regarded artist Carl Andre”. Katz’ book “explores the turbulent personal and professional relationship between two highly regarded artists, drawing on numerous interviews and Mendieta’s papers to shed light on the mystery of her death.”

In 2015, Faheem Haider at Hyperallergic offered a response to the retrospective Carl Andre: Sculpture as Place 1958 – 2010 here that indicates how much – or how little – has changed in the four decades since Mendieta’s death. Haider is erudite but unflinching: Andre “was acquitted [of Mendieta’s murder], but the facts must be acknowledged in some way, whether as a curatorial position or a hard-line declaration. In the exhibition materials, in any statement related to this show, Mendieta — much less her death — is never mentioned at all.”

But art – like this book – exists outside galleries walls, too, and in 2010, a symposium titled Where Is Ana Mendieta? took place at NYU, marking the 25th anniversary of her death. This surely helped foment appropriate protest in response to Andre’s multi venue retrospective, as in May 2014, the feminist protest group No Wave Performance Task Force staged a protest in front of the Dia Art Foundation, ‘installing’ “piles of animal blood and guts in front of the establishment, with protesters donning transparent tracksuits with “I Wish Ana Mendieta Was Still Alive” written on them.” (Maria Crawford, from her article Crying for Ana Mendieta in response to the Carl Andre retrospective)

Katz’ book is well researched, well written and respectful of facts while not bending any of these truths to lead the reader (though he does offer an opinion, at the end, and it’s welcome in its lack of circumspection and resulting certitude).

Your local library or independent bookstore will surely have a copy, or can procure one for you.