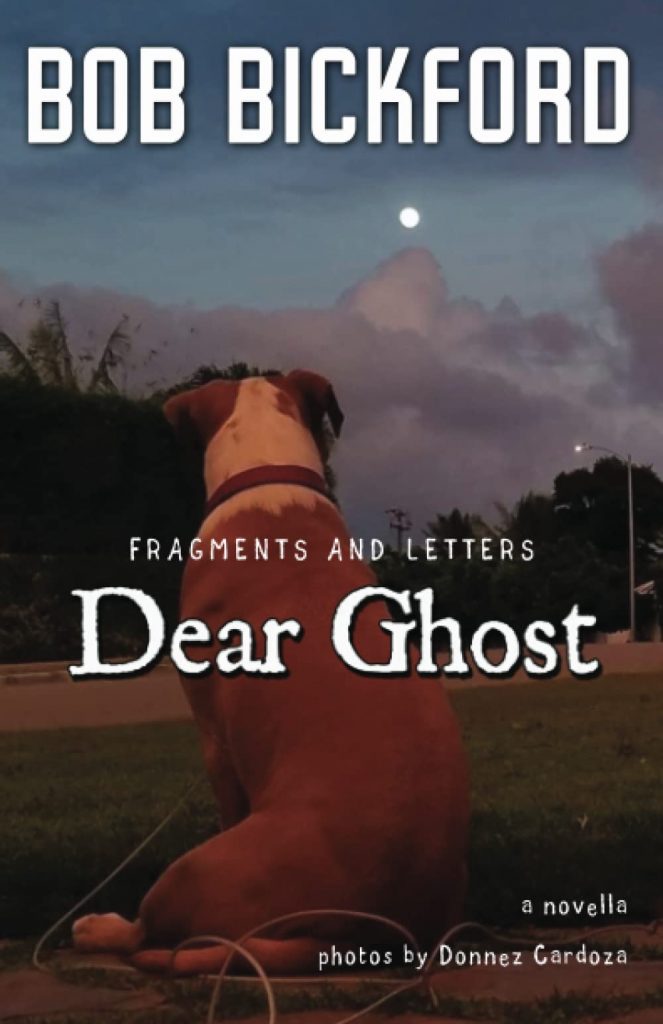 M: When I was little and we used to move all the time, I’d write these notes and I would fold them up really small. And I would hide them.
C: What’d they say?
M: They’re just things I wanted to remember so that if I ever wanted to go back, there’d be a piece of me there waiting.1

Sometimes I wonder if phantoms wander the place, laughing and crying. Our memories, the echoes of us little, more vivid than we were in life. (Bob Bickford)

Bob Bickford’s novella Dear Ghost (subtitled Fragments and Letters) is a series of small gems of memory and mythology, filled with an honesty and erudite use of language that seduces you, with moments of sadness and joy that leave you wanting more. The chapters – or letters, more exactly – can be read in order, or out of sequence. They tell a story that is both intensely personal but also resonates with your own experiences. There is nostalgia, here, perhaps, but it’s not cloying or maudlin: “I am not sentimental about anything. But I have sentiment about many things. That’s an English-language difference that is very useful. Not to have sentiment is to be almost dead.”2

There are so many ‘fragments’ that I found myself noting, writing down for later use (as primarily an arts writer, I have often pilfered better writers than I to respond to visual arts), that seem to speak directly to you, and that in their simplicity cut right to your being.

Alluding to the autobiographical but not confined to it, Bickford’s letters are as much about feeling as ‘factual’ memory. His use of ‘ghost’ is about those things we know to be real, not requiring any substantiation beyond our own certainty. His final missive in the book asserts this: “Dear Ghost, They say no such thing as ghosts. I say it too, just to make you laugh… There are no endings, and everything that matters is invisible, or nearly so.”