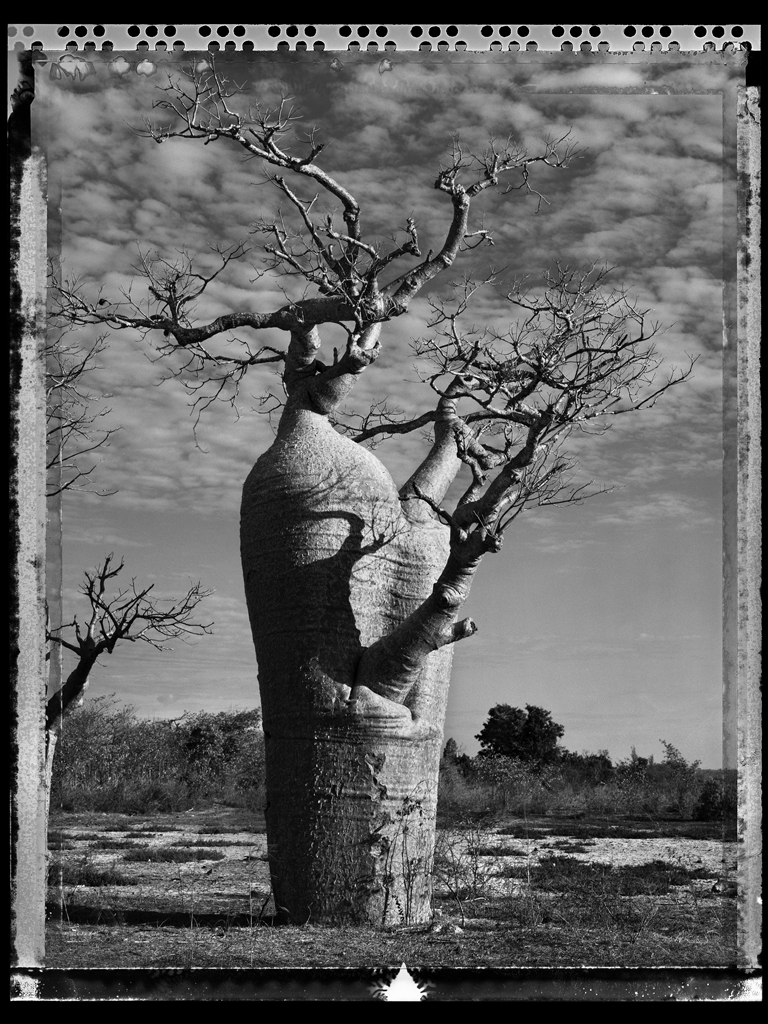 It is an odd feeling to encounter the work of an artist, seeing how prolific they are and be enamoured of their practice, then discover that they passed a few years ago. I’ve often had the same experience with authors (I have a habit of finding the work of a writer that is new to me, and consuming all the books, and it’s an empty sadness when you realize they won’t be creating any more).
This image is one from a series titled Baobob, by the late Elaine Ling (1946-2016). At her site it is the final series presented, from an extensive and enthralling body of work.

It can be read as having the quality of an epitaph: these massive, seemingly eternal natural ‘monuments’ that have survived her, and will likely survive all of us.

In that manner I have of being ‘too subjective’, Baobob trees remind me of Antoine de Saint Exupéry’s novel Le Petit Prince (1943): to me, it’s a melancholy story, about loss and death, with touching moments of truth that have contributed to how it – despite often being considered a story for children – speaks to many adults, like myself.

Voici mon secret. Il est très simple: on ne voit bien qu’avec le cœur. L’essentiel est invisible pour les yeux [Here is my secret. It is very simple: It is only with the heart that one can see rightly; what is essential is invisible to the eye].

On the first of August, 2016, Elain Ling lost her battle with lung cancer: her brother – Edward Pong – has indicated that he intends to continue to foster her legacy, through the maintenance of Ling’s site.

It is an impressive space with much more about Ling’s life and work – and many more of her moments from her life and around the world – that can be enjoyed here. C’est véritablement utile puisque c’est joli [It is truly useful since it is beautiful].

All quotes in italics are from Saint Exupéry’s The Little Prince .

Elaine Ling was also a recently featured Artist You Need To Know, in AIH Studios’ continuing series. You can enjoy that here.