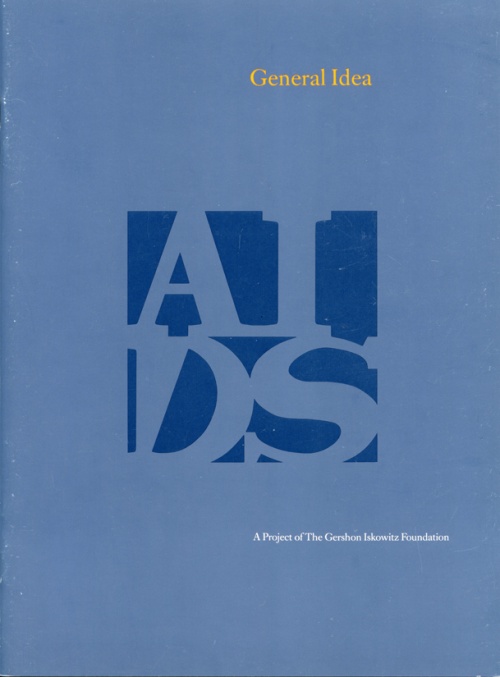 I’ve been having several conversations lately with people who have significant libraries of art and art related books. Most of these conversations have pertained to where they might reside, when these friends pass, or decide to divest themselves of these collections. There’s a shocking, willful poverty of places to donate these texts, and a disinterest in the history they contain, and manifest. My latest pick for From My Library is something that speaks to that, but also, in its subject matter, illuminates the forgetful vagaries of some Canadian cultural discourse, too. I’m reminded of Slavoj Žižek’s assertion that we are too often like the character in the film Memento, with lives defined by events we barely understand, can not remember nor truly desire to remember, yet are inscribed upon us in an undeniable manner. Too often, how HIV / AIDS devastated the Canadian and international cultural communities is one of those ‘forgotten’ landmarks, and is an idea I explored previously here.

In 1989, General Idea produced a limited edition publication titled The AIDS Project. It was one of many of the trio’s works about HIV / AIDS. The slim, offset printed colour booklet furthers General Idea’s appropriation / realization of Robert Indiana’s iconic LOVE images into AIDS, and has an accompanying text by Allan Schwartzman. This was produced as a project of the Gershon Iskowitz Foundation: and the colours and vibrancy of the images are just as striking now as over three decades ago, when it was published. What was once perhaps audacious in redefining Indiana’s LOVE is more iconic, more mature and significant, than the naive pop art which General Idea sampled. Finding this in my friend’s library was a reminder, and as she gifted it to me, is an encapsulation of memories and the past that perhaps at some point I’ll pass on too, to keep the stories and remembrance alive. ~ Bart Gazzola