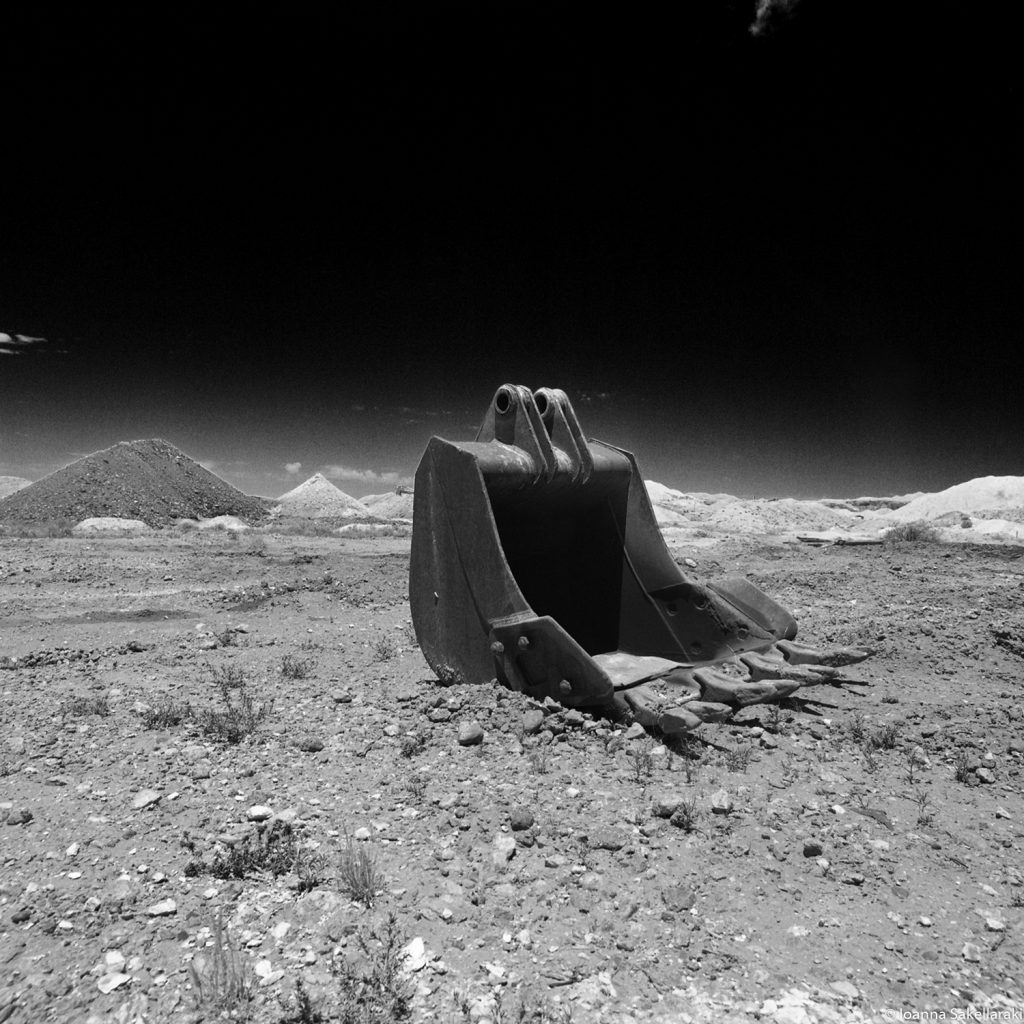 Ioanna Sakellaraki is best known for her evocatively mournful series The Truth is in the Soil, and it was the work of hers that initially caught my attention. But perusing her site, the more enigmatic and haunted The Land of Error series is the work that keeps pulling me back to it, and inspires me to share it with others.

The only descriptor from the artist for this work is the following bold – and surely intimidating yet also evocative – declaration:

THE FUTURE IS SPLIT BETWEEN MANMADE ANTITHESIS AND PARODIES OF HUMAN PREDICTION. THIS IS WHERE FICTION FINDS ITS JUSTIFIED PLACE.

Sakellraki’s work is often about memory, and an element of mourning. I would inject here that looking at these images, I am reminded of Percy Bysshe Shelley’s poem Ozymandius (1918) : Nothing beside remains. Round the decay / Of that colossal wreck, boundless and bare, The lone and level sands stretch far away. Realizing that poem was written as WWI came to a close, I see correlations between the enigmatic post industrial wastelands that Sakellraki captures, and that earlier era’s destruction and desolation through technology. Quiet scenes of abandonment and detritus…..

Less historical, but equally dark, I’ve begun re watching the science fiction series FRINGE: and Sakellraki’s images also bring to mind the fictional group ZFT, from that show, with story arcs often centred upon world – building – and, of course, world – destroying, too. From that show’s mythology: ZFT in fact stands for “Zerstörung durch Fortschritte der Technologie” which is German for “Destruction by advancement of technology”….

More of Ioanna Sakellaraki’s artwork can be seen here, and more of this series can be enjoyed here.