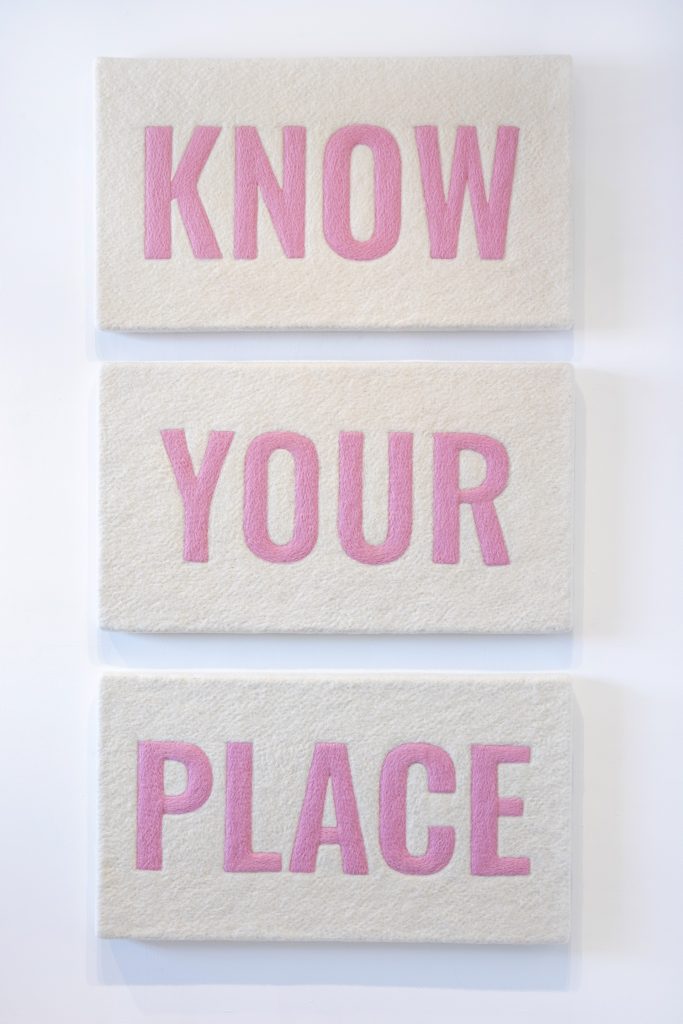 I could pretend I’m sorry for saying this (but I’m not, in the least), but 2023 has been off to an interesting start with the deaths of Joseph Ratzinger and Gerald Pell. Perhaps you think that’s ghoulish, but when considering the work of my latest Curator’s Pick – Kelly Chuning – I remembered that not just had both of those men aided and abetted abusers of children, but their lives and actions were drenched in misogyny. Their hatred of women who didn’t fit their own ignorance is one of the many rank stenches that they’ll leave behind, akin – if not worse – than the smell of a corpse.

If that seems ‘disrespectful’, let us consider the artwork by Tapìa – Chuning that spurred these thoughts, which were in an exhibition titled What is Respect? that was at Red Arrow Gallery in 2022.

“What is Respect? takes place two months after the Supreme Court overturned Roe V. Wade, guaranteeing a women’s right to an abortion and 5 days before abortion is completely illegal in the state of Tennessee. With this body of work, I am giving the responsibility to the viewer to decide what the term ‘respect’ implies, given the current political climate; and asking the audience to consider how we can utilize language as a tool for change going forward.

Growing up in a fiercely religious household, the people of Tennessee weighed heavy on my mind as I heard the news of the state’s trigger law (‘The Human Life Protection Act’) banning abortion with no exceptions for rape or incest. As a victim of sexual assault, the implications of this law influenced me to act immediately.” (from here)

It is necessary to remember that the voices on the Supreme Court of the United States that spewed the Dobbs decision are predominantly religious – with ‘precedent’ being ‘cited’ by one, the rabid catholic Alito, regurgitating the biliousness of a witchfinder from several centuries ago. If my writing seems caustic – or ‘disrespectful’ – it is less so than those that seek to dehumanize people like Tapìa – Chuning…..

Kelly Chuning is an interdisciplinary biracial Latinx artist currently based in northwest Montana. She received her BFA in Studio Arts from Southern Utah University and will be attending Cranbrook Academy of Art fall 2022 as a Gilbert Fellow. Chuning’s work explores rhetoric, imagery, and media as a tool of constructing various modes of female identity.