The Quilts of Gee’s Bend: Masterpieces from a Lost Place, 2002

The Quilts of Gee’s Bend: Masterpieces from a Lost Place, 2002

Essays by John Beardsley, William Arnett, Paul Arnett and Jane Livingston, with an introduction by Alvia Wardlaw and a foreword by Peter Marzio (Tinwood Books, Atlanta in association with the Museum of Fine Arts, Houston)

In a conversation recently with a group of artists in Niagara-on-the-Lake, a question was raised about what is a dominant trend in the art world. I always find these kind of questions amusing – not in a derogatory way – as there are so many respective groups within even the Canadian art milieu that are often unaware of each other, or don’t acknowledge each other, that any singular dominant trend is an impossibility. Oftentimes, there are pockets of artists creating work that merit far more attention from other audiences, but that also seem quite happy to be making artworks for themselves, and larger recognition – or fame – will come to them, in time, if they even want these things.

The artists of Gee’s Bend are part of a unique community in the United States (more can be learned about them here). From the aforementioned link : “Throughout this time, and up until the present, the settlement’s unique patchwork quilting tradition that began in the 19th century has endured. Hailed by the New York Times as “some of the most miraculous works of modern art America has produced,” Gee’s Bend quilts constitute a crucial chapter in the history of American art and today are in the permanent collections of over 20 leading art museums.” 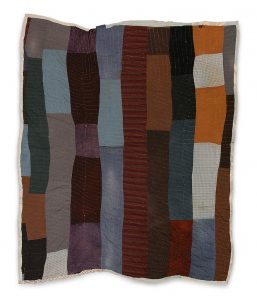 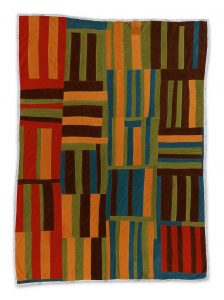 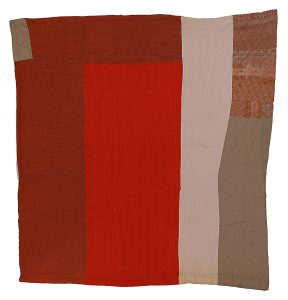 “At first glance, the quilts of this collection are simply stunning–rich colors in surprising combinations, refreshingly irregular geometric compositions with hardly a right angle among them, big blocks whose seams virtually vibrate with energy. Then consider the history of the community they come from, and these quilts become a stunning illustration of resourcefulness. Gee’s Bend, a remote peninsula on the Alabama River, is an isolated place, one that has known extreme poverty and struggle. Its quilters of the twentieth century are showcased here. Three insightful essays on the community’s history and its quilting tradition make up for a self-consciously scholarly introduction. The words of the quilters themselves follow. Brief accounts of their lives and thoughts on quilting accompany full-page photographs of their accomplishments. This large-format hardcover, and coinciding exhibition at the Whitney Museum of American Art, should guarantee the women of Gee’s Bend the prominence they deserve in the story of the American quilt.” (Marya Graff)

This book offers many beautiful images of the quilts, and a number of essays about the artists and their place in the history American art, positioning the quilts as work by amazing artists who are as impressive as any of their contemporaries that were showing in New York and being lauded by critics and curators.

Seek this out in your library, or your locally owned bookstore – and there’s a fine Instagram account that highlights Gee’s Bend artists, past and present, here.